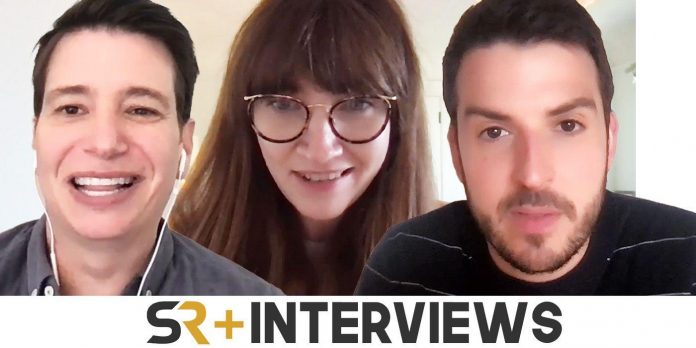 Season 3 of “With Love, Victor” closes the chapter of the wonderful Hulu series, which officially began as a spinoff of the 2018 romantic comedy “With Love, Simon.” The show focuses on Victor Salazar (Michael Cimino, senior year), a gay student who begins to discover himself at his new school and finds love and friendship along the way. Like its predecessor, the series touched many LGBTQ teenagers who felt represented in its stories.

In last season’s cliffhanger, Victor was on the verge of choosing between his two love interests, Benji and Rahim, but several other storylines also hung in the balance. Not only are his friends Lake and Lucy on the verge of exploring their romantic relationship, but his whole family has a lot to worry about.

Screen Rant spoke with the show’s executive producers Isaac Aptaker, Elizabeth Berger and Brian Tanen about the joy they experience when interacting with the fandom “Love, Victor”, about the Ferris wheel of emotions that teenagers experience in the third season, and how the Salazar family copes with all the recent changes in their lives.

Screen Rant: Elizabeth, what does it mean for you to be part of bringing such an important story to life, especially for LGBTQ teenagers who watch?

Elizabeth Berger: I am very proud to be a part of this. I think probably the most significant part of this show over the course of three seasons was what we heard directly from our fans. We have very beautiful vocal fans who will never hesitate to reach out to us and it means so much to hear from them. To hear that watching the show had a real impact on their lives and maybe allowed them to talk to their parents, which they didn’t have before. As a result, they spent the entire series with their parents, and this contributed to all these wonderful conversations and made them closer than before.

I would call the third season a Ferris wheel of emotions. Brian, could you tell us what emotions we can experience? How would you sum up the season?

Brian Tanen: Yes, I think the emotion Ferris wheel is really good. We want to register it as a trademark; I think that’s right.

The show has always lived in this space between comedy and drama, and I think it perfectly embodies what it means to be… teenager. There have been a lot of ups and a lot of downs this season, and that’s true. There’s still a lot of growing up to do.

I would say turns of events, excitement, joy, surprise, heartbreak and, ultimately, the desire to leave the audience with hope. Wish fulfillment has always been our strong aspiration. So many queer stories are based on trauma or painful experiences. And while we really love good teen dramas, we want people to feel optimistic.

By the end of the season, I think you’ll feel that these kids will be fine.

Isaac, I adore the Salazar family, not least because Ugly Betty was my jam in the old days, and Hilda is my icon. But can you describe what a family can go through this season?

Isaac Aptaker: Of course. Ana [Ortiz], who plays Victor’s mom Isabel, is really shocked at how long it took her to take part in Victor’s debut last year. She still feels residual guilt about it and feels the need to prove to him how much she supports him and how much he loves him now that everything is said and done. She has varying degrees of success in this; she sometimes goes too far in the direction of a supportive mom and gets a little bossy, but eventually they find this really wonderful status quo, I think.

And we also have James [Martinez], who plays Armando – no matter how open and quick he was to find a common language with Victor last season, this year it is much more difficult for him with his daughter Pilar, who enters into a romantic relationship. We see in him a completely different side and some toxic masculinity that the family has to contend with, in the context of the fact that he is the father of a young woman entering into a romantic relationship.