Home Entertainment Interview with Eli Horowitz: “Gone into the Night” 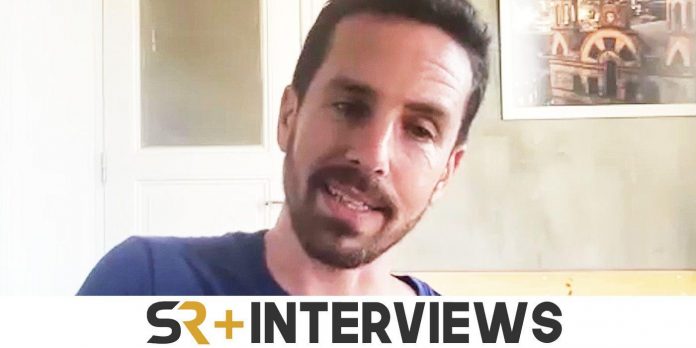 Having received recognition for “Homecoming,” Eli Horowitz will make her debut in the feature-length directorial film “Gone by Night.” The mystery thriller centers on a couple who visit a remote cabin they rented, where a mysterious young couple lives, and the subsequent consequences of living together in it for one night.

Ahead of the film’s release, Screen Rant spoke exclusively with co-writer and director Eli Horowitz to discuss “Gone by Night,” his feature directorial debut, the future of “Homecoming,” and more.

Screen Rant: I had no idea what I was getting into when I started Gone With the Night, and I was really surprised by everything in it. How did the concept come about?

Eli Horowitz: Well, the simple, practical answer is, for me, often deeper feelings kind of sneak in through the back door, or at least through the side door, and I have to just start something very practical. So for that, it’s a pretty low-budget indie movie, and I actually bought this little cabin 10 years ago, it’s a mobile home in the woods in Redwood that I renovated with friends. I sometimes go there, sometimes rent it out and work on Airbnb, so I’m always afraid that I’m not so organized, somehow I book twice. It seemed like a simple beginning of a classic genre, which we could then develop in unexpected directions.

How did you come up with the intricacies of this mystery then, because I like how it unfolds in a non-linear narrative?

Eli Horowitz: Actually I was just trying to take it one step forward, one step forward, one step forward. My co-author Matt Darby and I had a vague idea of the end we were aiming for, as well as the problems, questions and emotions we were moving towards. But we also just tried to think, “What could happen next?” and really let it go our way. So it really helped us, I think, to come up with an unexpected shift. I don’t even know the moment, there was just a moment in history when I thought, “Well, what happened?” and I felt that the viewer might be wondering too.

Another thing we tried to do was to play with the question: “What kind of movie am I watching at all? What genre is this movie?” Because sometimes it’s a bit boring when you basically know the path and don’t know the very end, but you can schedule the next hour and just see how they did it, or how fun it is, or something like that. I wanted something that you couldn’t do, so by playing with time, it really allows you to change all your assumptions and really undermine your expectations and play with that.

Despite the fact that you are familiar with the detective genre, what can you say about returning home, which would be one of the greatest creative challenges associated with all your goals?

Eli Horowitz: Definitely the end, I think when things come to a head and it gets a little bit, I don’t want to say too much, but I think Matt and I would feel more comfortable with little hints and snippets. secrets and intrigues, and when something has to break out, go a little crazy. That’s where we’re like, “Are we really doing this? Okay, I think we’re really doing it.” That’s where my strengths and weaknesses as a writer have become more difficult for me.

This is your feature film debut in the director’s chair. What in this project really influenced you to finally make the leap to a feature film?

Eli Horowitz: The first thing that was like, “Am I capable of this?” I was just trying to figure out how to do it because I came to this relatively late in life. I’ve been editing and designing books for about 10 years, and then writing them and doing weird digital projects for 10 years, and kind of stumbled into this world thanks to “Homecoming,” this podcast that I co-created and which became a TV show.

All of this was a kind of thrown-in-the-deep-end learning experience. It was more simple: “Can I do it, am I ready for it, do I like it, am I good at it?”

I think one of the greatest things about this movie is its visual representation. What was it like for you to define your appearance, did you have any specific sources of inspiration?

Eli Horowitz: David Bohlen, my director of photography, was great, and I definitely would never have done it without him. He was a co-director in many ways. Just as we were talking about the letter, about its appearance, we wanted to play with the question: “What is this thing?”

In some ways it’s more like an indie drama, and sometimes it gets a little softer. And even inside the scenes we tried to change the color balance and the like. You get pulled into a more genre-specific movie and then brought back again and again, and we tried to make it look and feel really effective.