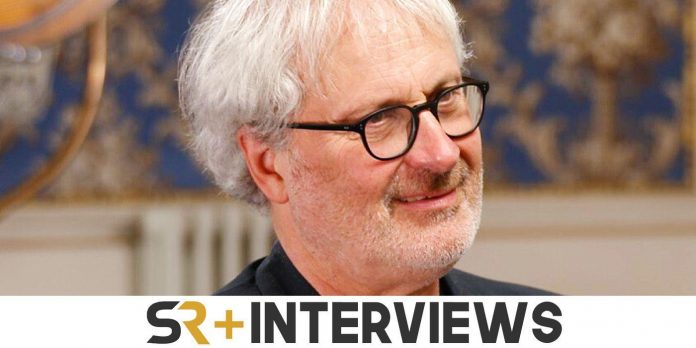 Attention: This interview contains spoilers for the movie “Downton Abbey: A New Era”.

Entering “Downton Abbey: A New Era” after the actors had played five seasons and moved in together must have been difficult, but director Simon Curtis handled it with aplomb. The experienced storyteller, who previously directed “My Week with Marilyn,” saw the difficulties of working with the beloved cast of “Downton Abbey: A New Era” as a great opportunity. In his hands, The New Era is doing things—especially with Hugh Bonneville’s Lord Grantham—that Downton Abbey has never done before.

Before he came to “Downton Abbey: A New Era”—along with his wife Elizabeth McGovern, who, of course, plays Lady Cora Crowley—Curtis was behind “Cranford,” a Victorian-era series that had a significant impact on “Downton Abbey.” In fact, if it weren’t for Dame Judi Dench playing Matilda “Matty” Jenkins, it’s unlikely that Maggie Smith would ever have played Lady Violet. That’s how important Curtis’ previous work is to this universe. And with the “New Era” he goes full circle.

Ahead of the release of “Downton Abbey: A New Era” on DVD and Blu-ray on July 5, Screen Rant spoke with director Simon Curtis about the series that paved the way for “Downton Abbey,” the frightening rulebook and what he would like to see in “Downton.” Abbey 3…

Screen Rant: What specific problems do you face when you start shooting a story that already has six seasons and a movie behind it?

Simon Curtis: I think to make it fresh, but it helped me a lot. Because the script was so rich and varied. And new storylines [such as] the Crowley family’s journey to the south of France and the film within the film offered new energy and a new vision that helped.

Getting down to business, did you have any ideas about the characters and what stories would you like to tell?

Simon Curtis: It started with the fact that I read the script, which I really liked. So my energy was focused on making the script as good as possible.

Having spent so much time in their roles, the actors have a clear idea of who they are as characters; whatever they did, they wouldn’t do. Is this also a challenge?

Simon Curtis: I would say the opposite. This is a luxury, because often as a director you try to marry an actor to a role without rehearsals at all. And in this case, these actors had these characters so deep in their DNA; they combined the character and the actor into one very rich thing. And it was interesting to work with, actually,

Also, there should be a rule book as thick as my arm. Not only plot things and characters, but historical authenticity.

Simon Curtis: Yes. This is something that other people are less interested in, but again, the storylines in this film – a new energy of the crew appears, who does not care whether it is the right fork or the right glass, and goes to France, where everything is done differently – was very liberating.

What do you think you are most proud of when you put your stamp on A New Era?

This is ridiculous. My three favorite moments in the movie are based on humor, so the hat shop and when things become extras, which I’m sure you’ve discussed in detail. And when Cora tells Robert the news of her illness. This is the most personal scene we’ve seen with Robert in the entire series. I’m just interested in understanding how this scene turned out.

Simon Curtis: I like this comment on these three scenes as I am very proud of them all. This scene with Robert… To be honest, Hugh and I didn’t discuss it much. When we first rehearsed it, he wanted this outburst of emotion to come out, and I thought he played it brilliantly. I was thrilled with how people reacted to it. I think part of it is because, exactly as you say, you haven’t seen Robert like this in over a decade. It’s like seeing your uncle or brother, whom you know very well, who behave in an unexpected way. I think Hugh and Elizabeth played that scene brilliantly.

Yes, this is a real highlight. It felt like a reward because we had been with them for so long.

Simon Curtis: I mean, that’s the point. People haven’t really compared this movie to “Boyhood,” but I do. Because you’ve seen these characters for 12 years, and it’s unique. I don’t know, you probably know more about the history of cinema than I do. But are there any other examples when the same group of actors played the same characters for 12 years? Harry Potter?

Not quite. There’s not much growth because Harry Potter is based on one continuous injury. These are generally different eras.

Simon Curtis: Yes, that’s right. Returning to your other question: as a director, it’s like you hit the jackpot when you have these storylines and these characters.

Why Ewan McGregor Thought He Ruined Season 3 of “Fargo” On...