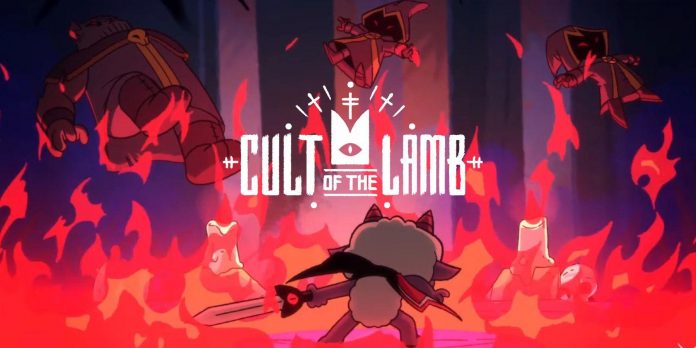 The recently released Cult of the Lamb did not disappoint fans, despite the fact that it is one of the most anticipated indie games in recent times. Featuring a unique combination of fraudulent battles and urban planning mechanics, the game thrives thanks to its replayability and fresh experience.

Game Rant recently spoke with Cult of the Lamb art director James Pirmain about the game’s early development concepts, awfully funny art style, and the inspiration behind some of its frightening and memorable enemies. The interview has been edited for clarity and brevity.

Q: To begin with, which aspect of the Cult of the Lamb development process was the hardest to get absolutely right? Which part did you want to make absolutely perfect first of all?

A: The first big problem we faced was finding the right idea. We knew we wanted to mix fraudulent battles and resource gathering with something like a colony simulator, but it took us a long time to come up with the idea of a Lamb Cult. One initial concept was about girl Scouts who grow magic weapons, then the game was a simulator of the afterlife “make your own hell”, then you played for God and his tribe living on a floating whale… We did a lot of work before we finally landed. on the idea of creating a cult of fans of forest animals.

The second most important task was to make the two sides of the game work together in harmony. Traditionally, in roguelike, everything comes down to survival, getting as deep as possible, long runs and lasting as long as possible… But we also wanted a change of day and night so that your cult members would have their own daily routine. and needs that would have to be met every day. It took a lot of work and design iterations to achieve these two goals and make them work together in a smooth and accessible way.

Q: In recent years, the genre of “bagels” has become more and more popular. What, in your opinion, is the main factor that distinguishes the “Lamb Cult” from other bagels?

A: This is a game about creating your own cult. There are randomized dungeons with fights and bosses and everything you would expect from a traditional roguelike… But building, developing and managing your cult is at the heart of the game. The colony building base simulator is just as important as dungeon crawling, and the combination of these two genres is what sets it apart from any other bagel you’ve played.

Q: Would you say that the game leans more towards a dungeon crawler or an urban planning simulator, or is it a fairly even division?

A: It’s a pretty even split, but we also wanted to give players the freedom to rely more on either side of the game if they want to. If you prefer to spend time in your cult, there are ways to get resources and new followers without leaving it. If you prefer to spend more time on crusades, you can do it too. Eventually you’ll need to play both sides of the game to progress, but we wanted to give some flexibility in what players can focus their time on.

Q: The game is charmingly dark, but how much evil depends on the discretion of the player? Will you be able to lead your cult through kindness or fear?

A: We definitely wanted to give the players a choice to be good or evil. If you want to treat your followers well and be a kind and respected leader, you may well do it. If you want to be a tyrannical maniac who sacrifices any follower who doubts you and then forces others to eat poop – you can do it too!

As you progress through the game, you will establish new doctrines for your cult, and you will be given a choice between two unlockable doctrines. Will you choose a wedding ritual and marry a follower, or a ritual fighting pit and make two followers fight to the death? Which will you choose: the ability to inspire your followers and make them believe more, or the ability to bully and bully them into working harder? The decisions you make will help determine what kind of cult leader you will become.

Q: The four elephants seem exciting, how much of an impending threat do they pose throughout the game, and what is the process of making each one so unique?

A: Yes, you will surely see a lot of bishops! Without revealing too much, we have a story that runs through the entire game, and you will encounter bishops more often as you delve deeper into each of the 4 worlds. We wanted these meetings to surprise the players, as well as give them some background and create knowledge about the world.

In terms of their development process, like all the characters in the game, each Bishop is based on an animal, and they have their own worlds based on these animals. Leshii is the bishop of Darkwood, a forest worm that can tunnel through the earth and has the power of a mighty tree.

Star Wars: What Are Your 10 Best-Selling Games in America?

Instagram Will Use WhatsApp To Approve Logins In The Future