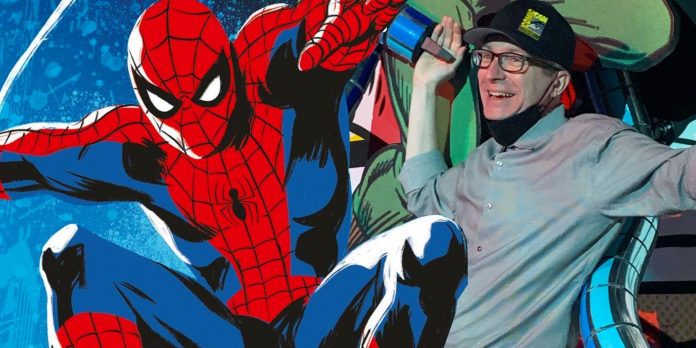 Celebrating 60 years, the SDCC Comic-Con Museum’s new Spider-Man exhibit Beyond Amazing (now open!) showcases the entire transmedia history of Marvel’s iconic Webslinger. Attending on its opening day, Screen Rant had the opportunity to speak with Professor Ben Saunders, one of the exhibit’s co-curators who shared his thoughts about Peter Parker both as an academic and as a genuine Spidey fan.

Located in Balboa Park, the year-round Comic-Con Museum is only a short drive away from the San Diego Convention Center and Hall H where the biggest and most exciting pop culture news is annually revealed. Opened to the public on July 1st, SDCC’s Beyond Amazing Spider-Man experience is co-curated by comic book scholars Patrick A. Reed and Professor Ben Saunders from the University of Oregon in collaboration with StudioTK. In conjunction with the new showcase, the Comic-Con Museum will also host Spider-Man’s induction into SDCC’s Character Hall of Fame on July 20th with the entire exhibit remaining open daily until January 3rd.

In Screen Rant’s exclusive interview, Professor Ben Saunders (who founded the country’s first undergraduate minor in comics and cartoon studies) shares his opinions on Spider-Man and what makes him one of Marvel’s most popular heroes after 60 years, having first appeared in Stan Lee and Steve Ditko’s Amazing Fantasy #15 (1962). Not only does he speak to the Webslinger’s storied history in the comics, but also his mass appeal on screen (co-curator Patrick A. Reed helps answer a fun question as well).

Professor Saunders in the clutches of the sinister Doc Ock

Screen Rant: So what do you think it is about Spider-Man that’s made him one of Marvel’s most iconic heroes over his 60-year tenure?

Prof. Saunders: It’s a fascinating question because we are talking now about a character who has been around for 60 years, and who seems to have intergenerational appeal appeals across the gender gap, across racial divide, across even international divisions, he’s a globally recognized icon. One of the few things that human beings seem to agree about is that they like Spider-Man. So what is that about? I think it comes down to two things if I really had to boil it down to just a couple of words and they would be relatability and design. I think that the first piece of that is Stan Lee and Steve Ditko kind of stumbled onto the idea of the superhero being an allegory for the pain of adolescence. And a lot of people can identify with feeling insecure the feeling of being misunderstood.

The superhero with super problems was the headline back in the 60s, I think that’s the relatability piece. But then it’s, he’s just such a stunningly well designed concept. The costume doesn’t look like any prior superhero costume, the mask completely covers the face which actually helps with the relatability angle. He can be anybody under the mask.

Then there’s weirdness of the power set, the fact that this isn’t about flying or being invulnerable. You know, it’s not even entirely clear just how useful it is to be able to stick to walls. It’s definitely not as useful as being able to fly, right? So you put those things together, and the result is just tremendously charismatic.

Yeah, it’s pretty cool to think about all of those unique pieces coming together to create such a new character at the time. So with this exhibit, what do you think is the most valuable Spider-Man issue or movie prop currently on display?

Prof. Saunders: That’s hard to say because the collector’s market is really volatile. So you know, we certainly have a very valuable comic book in the form of a copy of Amazing Spider Man #1, but we also have original art by Steve Ditko and John Romita Sr. often drawing these really key moments from Spider Man narratives. We have John Romita Sr.’s very first splash page from the very first issue of Spider-Man that he ever drew. Who knows what that would fetch? I think at this point, clear half a million dollars, maybe?

Wow, that’s incredible! So what would you say is your favorite piece or installation here at the exhibit personally?

Prof. Saunders: Honestly, my favorite installation might be this atrium space when you get into it but there’s a little thing you might even blow by with all of the spectacle. There’s a couple of screens called Spider Man in New York. Spider Man is indelibly associated with New York but for the first several years, no one was trying to draw accurate and architecturally realistic New York skyscrapers. And then a guy named Ross Andru took over as the penciller on The Amazing Spider Man in 1973. And he loved the city and there were stories really made in New York.

Yeah, he would like lean out of windows of buildings to get these dangerous angles, he would climb up onto the roof of the Marvel offices and get shots. There’s even stories about him and his wife driving over the 59th Street Bridge where she’s driving and he would jump out of the car and get pictures and then jump back in.

Prof. Saunders: Yeah, It means every time you see an actual architectural setting during the Ross Andru era, which is about five years, it’s a real place, always a real place. So Patrick and I went through every issue in our own collections. Because the other thing is that Marvel have these digitally but I wanted fidelity to those old comics with the Ben-Day dots for color. The only way to get that into the show with earlier material is to scan a copy of an actual page. I scanned over 150 images and then we send them to our amazing design team in Germany, and they, you know, blow them up and put them into a slideshow. And then we actually have rolling scrolling text on the bottom telling you what the location is when we could identify them. You know, here is the Brooklyn Bridge, here is the Chrysler Building, here is the World Trade Center, here is Chelsea.

Prof. Saunders: Absolutely. You know, that’s certainly one of my favorite little installations.

Alright, I got two more questions for you. Going through this Spider-Man experience, what is one thing you want people to come away with learning or feeling about Peter Parker?

Prof Saunders: Well, you know, what I think is really nice is that a lot of people remembered how much they liked the movies because of Spider-Man last Christmas going to see the most recent movie (No Way Home). That was my first movie in quite a while. The way the audience reacted to, you know, people cheering when Tobey Maguire and Andrew Garfield came out. It was a really powerful experience. And a reminder, you know, I can watch movies on a big screen at home but it’s nice to go out. And if this reminds people about the value of sharing experiences in the real world, absolutely. If Spider-Man can do that for museums as well, I think that would be really cool.

Absolutely that would be amazing. So my last question is a fun one and this will be great for you as well (Co-curator Patrick A. Reed joins for the final question). If Spider-Man is Marvel’s most iconic hero, Batman is probably DC’s. Which one do you think is going to win?

Prof. Saunders: You mean in like in a fight? Like who’s gonna win?  Do you want to field that one? (asking Patrick)

Patrick A. Reed: I think that that’s a really difficult question, but let’s put it this way, because there’s a Batman statue here in the museum’s basement. There’s now an entire main floor devoted to Spider Man and I think that speaks to the idea of Spider Man winning.

X-Men Return to Their Roots with a Modern, Weird, Twist

The Bad News About Gene Takovic According To Bob Odenkirk