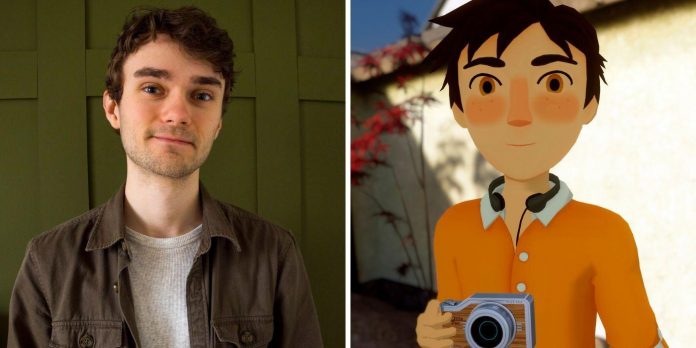 We Met in Virtual Reality takes its subject to the next level. The 91-minute documentary explores how relationships and communities were formed in the virtual world during the COVID-19 lockdown. In this movie, filmed entirely inside the world of virtual reality, director Joe Hunting takes viewers into these spaces.

“I hope people walk away from We Met in Virtual Reality, firstly, feeling enlightened about a new reality that they likely have never heard of before, and technology that can be really fun and engaging, while also connecting with stories that are extremely emotional,” says Hunting as he reflects on the message of the movie. “I hope viewers see the people that they’re close with and hold them dear.”

As the story plays on, viewers are introduced to a variety of avatars—and their experiences with love, loss, and mental health—and computer-generated worlds. The documentary had its world premiere at the 2022 Sundance Film Festival ahead of its release on HBO Max. In our interview with Hunting, we spoke about his film festival experience, inspirations behind We Met in Virtual Reality, misconceptions about virtual reality, the pushback he received for wanting to film in an online space, and more.

Game Rant: We Met in Virtual Reality premiered at Sundance Film Festival before being released on HBO Max. Talk to me about your film festival circuit.

Joe Hunting: We showed at Sundance and then in Copenhagen and Baltimore, and at Calgary Film Festival. Most recently we went to the Sydney Film Festival. It was an absolute dream come true. I never thought we’d have such a great film tour. The most special part has been being able to celebrate with all the people in the film.

GR: How did the production process start? And what inspired you to make this movie?

Hunting: My inspiration really goes back to 2018 which is when I first got into VRChat, the platform the documentary is filmed in. I got into VRChat through reading articles about how the platform was helping people socialize. I was studying film and documentary at the time and was a gamer myself, and had a lot of online communities, so those stories spoke to me on a personal level. I immediately jumped in and started talking to people about their experiences and was led down a path of curiosity. I wanted to share that story with the world and talk about VR from a humanitarian standpoint.

The moment of inspiration for making the feature film was the pandemic. That made me drop everything and want to share a longer story about the technology and its value. We all struggled with isolation during that time, so I knew that audiences would empathize with VR and what people were forming there.

GR: That’s incredible. I’m fascinated with how our relationship with the online world has changed. I thought the other day, “When did it become so normal to have online friends?”

GR: What is the biggest misconception about VR?

Hunting: There are too many. The misconception that I come across a lot is that you will never leave VR and the people that engage in the technology don’t have real life jobs, friends or relationships. But actually, balance is key. There’s also a lot of confusion about how you move in VR, if you walk in your space, and people think they need a really big room to go in VR in order to move around.

But actually, we all use the analog sticks on our controllers to move like a video game. There are a lot of technicalities that people get lost on. I really hope the documentary helps people understand what this world is and how it functions as well.

GR: I was fascinated that the documentary was shot entirely in VR. What are some of the creative freedoms that decision granted you?

Hunting: One of my biggest freedoms is that I’m probably one of the only documentary directors that got to make their film entirely in their pajamas, which I really enjoy saying, but speaking more seriously, I was able to location scout and travel between 1000s of different locations in a heartbeat. I could connect with people and stories from all across the world. I didn’t have to travel to the US, Canada, or London to tell these stories and interview these people. We could just jump into a virtual world and have a conversation in minutes.

GR: I’m not sure how your production team was formed or the financial situation, but did you receive any pushback for your idea to film this entirely in VR?

Hunting: In terms of the production and pre-production, the documentary was entirely self-financed. I worked as I was filming and then ran an Indiegogo crowdfunding campaign to support the final push to get the film edited and into festivals. When the film was finished, I was lucky enough to get Cinetic Media, Film Division, and XDR onboard, which are all incredible film production companies and sales agencies. And now, I feel really lucky to be working with HBO. But in terms of production, that was a solo adventure and was done out of passion.

GR: Were there any moments where you gave yourself pushback?

Hunting: Good question. I have certainly received pushback, but not for We Met in Virtual Reality because I was in a situation where I was able to commit myself to it wholeheartedly. I had just graduated and this was my first film out of film school. I let myself go through that, and I gave myself grace in wanting to pursue that.

But I did receive pushback in my very first short film filmed entirely inside of VR. I was really passionate about experimenting in this new reality, so I spoke to my film tutor, and I said, “I want to pitch this film. It’s about VR. It’s about new technology. It’s about people within it. And we’re going to film it entirely in that space using virtual cameras.” He completely refused the idea. He said, “I don’t understand how that’s a viable option. I don’t understand the value you see in that and if you’ve already started filming, then we cannot accept the pitch.” I ended up making that film on my own, and I loved it and carried on.

GR: I’ve always thought of online spaces as something that started off as a hub for outcasts. Can you speak about how you represented marginalized communities within VR in the documentary?

Hunting: The internet was pioneered by marginalized communities, by people who were escaping the real world to celebrate themselves and others who were not being celebrated in the real world. It’s a similar situation when we come into VR. It’s important to me, when talking about VR and having the very first documentary about VR, for it to be spoken by those people, and to let them tell their own story and speak from the space instead of people speaking about it from an outside perspective. That has always been important to me. I hope that people see that and this documentary will remain in history forever, and we’ll always remember the communities that pioneered the space.

We Met in Virtual Reality is currently streaming on HBO Max.