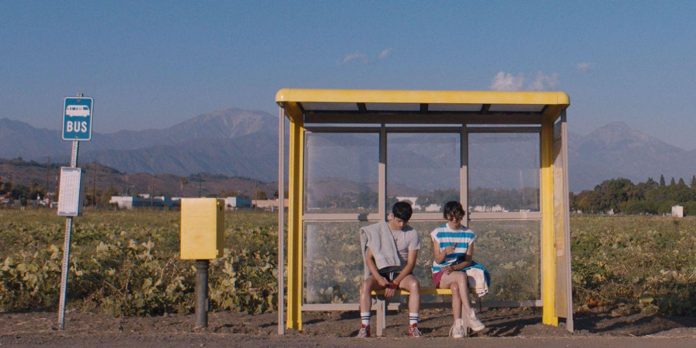 Aitch Alberto, screenwriter and director of the film adaptation of the popular novel by Benjamin Alire Saenz “Aristotle and Dante, discover the secrets of the Universe”, in 2014, on the recommendation of a friend, stumbled upon an “undeniably wonderful” story of growing up. “It was on a whim, I thought: “Okay, I’ll read this book,” and then I read it in one sitting. Visually saw while reading. I put it down and thought, “I need to turn this into a movie.”

The action takes place in the late eighties in Texas and follows a promising, tender relationship between two teenage boys of Mexican-American descent, Aristotle “Ari” Mendoza and Dante Quintana, who are portrayed in the film by Max Pelayo and Reese Gonzalez. Alberto knew from the start that this was an ambitious move for her feature film debut, noting that despite her magnetic attraction to the project, she doubted the rights were still available. But after a producer friend convinced her otherwise, she wrote a special script and contacted the author of the book.

“I thought, ‘Hey, I wrote this script, and I want to meet you because I want to make a movie based on it.’ The eternal writer Saenz replied with a “beautiful letter” and Alberto ended up on a plane to his home in El Paso. “On the way there. I remember thinking: “My God, what if this guy is just like a bastard?” so no way.)

“We spent four days together. He took me around El Paso, showing me Dante’s house, Memorial Park, and all these touchstones from the book. At the end of the trip, we went to Las Cruces, New Mexico, and sat in a Mexican restaurant. He sat down across from me and we were both sobbing, and he said, “These boys were mine, and now I’m giving them to you.”

Immediately Alberto got into the world of diehard fans with extremely high expectations (some, as the director found out, are less forgiving than others, because at the world premiere she was harassed in questions and answers for not mentioning “fans’ favorite quotes from the book”). ) and undervalued independent filmmaking, which is associated with problems such as lack of financial support and creative freedom (Alberto’s 96-minute film originally lasted two hours and 47 minutes). However, this does not mean that her film crew lacked the skills, talent or pillars necessary for success. “I met Valerie Stadler and we worked out the script together,” says Alberto, who also knew she wanted to bring in Lin—Manuel Miranda. In 2013, after the success of Miranda’s musicals “In the Heights” (now a feature film) and “Succeed”, and a few years before the premiere of “Hamilton” at the off-Broadway public theater, the actor and playwright voiced the audiobook of Aristotle and Dante. Discover the secrets of the universe.

“We tried the traditional way and it didn’t work,” Alberto says of his mission to attract stage and screen stars. “And then I tweeted to him. After 20 minutes he answered, and three months later he was already in Los Angeles and agreed to be part of the picture.” Not only did Miranda join us as a producer, he also agreed to play a cameo role not listed in the credits. “He was in touch all the time. He’s not someone who just adds his name to the project. He gave me notes on the script and each version of the film. He even talked to the guys before we started shooting,” the director adds. “Lin was irreplaceable, and I am incredibly grateful to him. I love him so much.”

The world premiere of the film took place on September 9 at the Toronto International Film Festival in 2022, with additional personal screenings on the 10th and 15th and a limited edition on the digital platform of the festival. But, due to the unsuccessful ways of the entertainment industry, despite the fact that the film was liked by the public with a must-see story and an active fan base (who constantly mark their distributors on social networks with their sincere pleas), the film is still looking for distribution.

“We didn’t play tropes and we didn’t play what was expected of Latin American history. I would like to find a partner who understands this,” says Alberto, reflecting on the distributor of his “dream”. “It’s about many other things that are layered on top of his strange story. Ari never says he’s gay. I think he’s just falling in love with Dante.”

She adds: “I need someone who generally understands what it means, but I also want as many people from all over the world to see it because I have so many fans. I really hope that this will open something up and become a gift to people, both older and younger.”

Speaking of fans, Alberto doesn’t worry about those who are a bit picky. Returning to the aforementioned Q&A participant, Alberto explains: “They were very pleased with the film. Then they came up to me and said, “I’m so proud of your work. I just wanted to know about these specific lines.”

League of Legends: Clash Calendar For 2022, All The Details