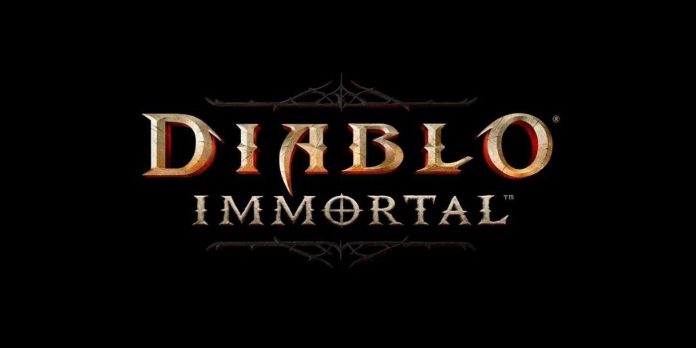 New adventures in hell are available on mobile devices with the release of Diablo Immortal. The action of the free game takes place between Diablo 2 and Diablo 3. Fans can fight with new story content and enemies. While the new game also retains many of the classic elements of the Diablo game series, Diablo Immortal has also received some design updates to make it more compatible with small mobile screens. These changes offer a new look at some classic elements, while maintaining the tone and style of the game familiar to fans.

Since Diablo Immortal is a free game, some changes will be made to it that will be different from previous console games. Players have the opportunity to buy premium currency for in-game privileges, and updates with new content are planned after the official launch of the game on June 2, 2022. While some Diablo fans may be put off by the frustrating effects of microtransactions, especially after the problems other mobile games have encountered, it looks like the content available in Diablo Immortal will be available without any additional purchases, although obtaining certain items or achievements may take longer.

However, the mobile availability of Diablo Immortal also gave developers the opportunity to look at the design of characters, environments and monsters in a different light. Diablo Immortal has a new, updated look compared to Diablo 2 and Diablo 3 and allows fans to clearly see what is happening during the game on the screens of mobile devices. Diablo Immortal lead artist Hunter Schultz and senior game designer Scott Burgess recently met with Screen Rant to discuss the design process and art direction of the new game, as well as how past favorite designs have been redesigned for the mobile platform.

Immortal has a lot of updated but similar styles from earlier Diablo games. What past Diablo games have really influenced your art direction in Immortal, and what have you specifically honed to bring to this new game?

Hunter Schultz: You start from a very similar place. We wanted it to be a real Diablo experience, so from the visual side you already have the knowledge and the world stage already prepared for you. The content is and remains the same, although new characters, new zones and things appear in Diablo Immortal. It is still very similar to the Diablo game, and the art should also reflect this. We are not trying to reinvent the wheel when it comes to our appearance. We intentionally wanted it to be familiar.

The main thing we had to focus on for the sake of functionality was the readability of the game. Much of the artistic style comes into play as a necessary thing, not just a stylistic choice. For example, someone might want to create this super-detailed Diablo experience with very low light that just won’t work on a mobile device. That was the main thing we had to think about, because otherwise the design we’re creating and the gameplay wouldn’t be really readable. We have made this a priority so that the design is readable. They appear, you can really understand what you’re looking at, and you can understand the gameplay and everything related to it.

This covers part of my next question about how the mobile platform makes changes compared to these previous games. Were there any other changes that you guys had to make, or any design directions that you had to think about differently?

Hunter Schultz: The game was created from scratch, and this needs to be taken into account. I think it’s about design. All this stems from concept art; the idea, concept art, and then the model and implementation in the game. And then, of course, the game engine has to display the models in the best possible way with lighting and everything else.

It starts from that early stage of concept art. If you’re creating a monster—or, in this case, a demon—instead of smaller horns, maybe you need really bigger and bigger horns. You think about the silhouette and how it looks on the screen. Small details will be lost, so even when you hold a pencil in your hand, designers think about how it will look when it is so small.

Scott Burgess: I’ll add to that. I think the artist team has done a fantastic job to make sure the effects are readable, so you know what skill or spell the character is using. But it’s also not too overwhelming, so if you get into a PvP match, you won’t be blinded by the effects. You can still understand what’s going on, where you are and where the enemy is.

JoJo’s Bizarre Adventure Returns! A new story will come out in...