Home News Internet has been unplugged in Myanmar 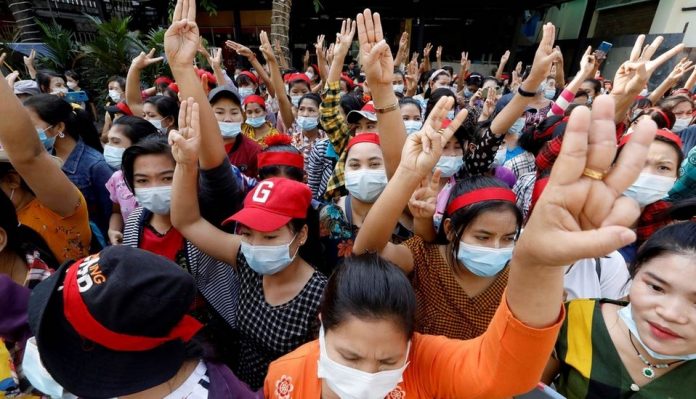 Internet connection was restricted to suppress the protests after the coup in Myanmar. The people of Myanmar, who started to protest after the coup by the Myanmar Army, were communicating through social media.

In the latest news, it was stated that as of today, the internet connection in Myanmar has been severely interrupted. It was reported that the block on many social media platforms was overcome with VPN. However, it was noted that after the last restriction, Myanmar people had great problems using VPN.

After the coup, which attracted the attention of the whole world, the putschists resort to various ways to prevent protests. At the beginning of these ways is communication interruption. According to the information received, it is stated that today’s internet use in Myanmar has dropped 84 percent compared to the average. It is stated that Facebook, Twitter and Instagram were blocked with the restriction.

It is not yet known how much restriction the military regime will apply to the internet, which made a coup on the Myanmar administration. However, it is stated that there are large-scale protests in the country in question and therefore internet access restrictions may be applied for a long time.

Previously, it was seen that restrictions were placed on the internet and communication systems in coups and coup attempts in different countries. Myanmar was the last example in this regard. The world wonders what will happen after the coup in Myanmar. It is also wondered what the protesters will do after the interruption of communication on the internet.

Bitcoin Move From The Oldest Bank In The USA