Home Crypto International Payments and the Role of Cryptocurrencies 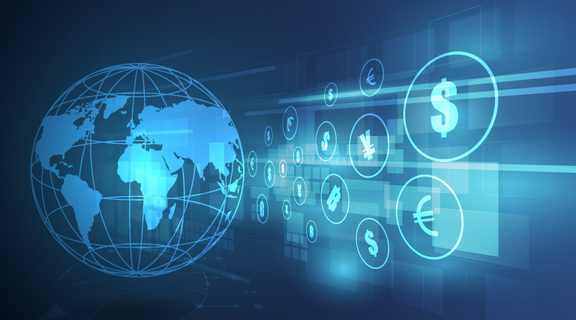 If you have been to another country before, you may have experienced the difficulty of money transfer transactions. Sending money to another country is not as easy as it often seems. The burden of commission fees when sending money abroad and the length of the money transfer process made many people around the world prisoners of an inefficient system. Although some new payment companies or systems have been established to overcome these difficulties, users have a completely different technology on their radar: cryptocurrencies.

For international money transfer, banks, SWIFT method and world-renowned companies such as TransferWise, Xe, MoneyGram, PayPal, Western Union are preferred. Banks and payment companies; It charges different commission fees based on factors such as the amount of money to be sent, exchange rate, shipping time, etc. The shipping time may take 24 hours or longer. But although all these institutions say they are fast or have low wages, the truth is not so.

The issues of speed and wages, which have not been fully resolved for years and that push people around the world to use alternative transfer methods, are still up to date. With exorbitant commissions, money sent in an average of a week can cause users to be in trouble.

American Express says money transfers with SWIFT are generally slow. In addition, it is mentioned that the difficulty of determining whether the payments made reach the other party and the need for banks to intervene in these payments from time to time. Various platforms emerging in the blockchain network have started to compete with traditional systems in international payments. Some banks have started creating blockchain-based payment systems to keep up with this technology. For example, JPMorgan, one of those banks, has completed the blockchain test it developed for payments to be made via satellites.

What is the role of cryptocurrencies in international payments?

Transfers between countries involve trading at different exchange rates. The value of a thousand dollars may decrease due to the volatility that can be seen in the exchange rate in the period until the money reaches. This is also a disadvantage for the person receiving the money. Cryptocurrencies that provide speed can be preferred for such situations.

At the same time, cryptocurrency transfers are more secure than traditional methods. In traditional banking systems, data is generally collected in a single source. This means a disadvantage against physical and digital attacks. For example, in 2018, a group of hackers stole 340 million rubles from the Russian Central Bank via SWIFT.

So, have people turned to cryptocurrencies in the face of the disadvantages created by traditional methods? The start of the payment company PayPal’s cryptocurrency service is among the main developments that triggered the preference of cryptocurrencies. In a joint study conducted by Bank of International Settlements (BIS) with SWIFT, a decrease in correspondent banks was reported. Correspondent bank; It is when a bank makes a transaction through a different bank in a country that does not have a branch. According to the report, active correspondent banking relationships and corridors are in decline. This is interpreted as the use of different methods in traditional cross-border money transfers.

According to the United Nations development report, it is expected that the transaction fees received from cross-border payments will fall below 3% and payment corridors above 5% will disappear by 2030. Deloitte revealed in a study that he expects the use of blockchain in international payments to reduce transfer fees from 40% to 80%. Blockchain technology and cryptocurrencies have already taken a big step in solving the speed and transaction fee problems experienced in the traditional system.

Are payments made with cryptocurrencies advantageous?

When making a transfer from a country to a country with crypto money, the fiat money to be sent first is converted into crypto money on any selected platform. In order to make this transformation, the appropriate option such as debit card, credit card, bank transfer can be preferred. It is sufficient for the person who will receive the money to forward the cryptocurrency wallet address. The transfer process usually takes a few minutes. The party receiving the money can use the crypto money back into fiat money.

Crypto-based platforms such as Ripple, Ethereum, and Stellar offer low transaction fees and fast transfers for users. Since the transactions made are completely digital, problems such as loss, stolen, delay that may occur in physical shipments do not occur. At the same time, cryptocurrencies, which have decentralized and scalable platforms, allow users to transact securely.

However, there are some disadvantages seen with cryptocurrencies. High volatility and the inability to fully understand the complex structure of cryptocurrencies are some of the situations that create obstacles to the use of crypto money. In addition, when transactions are intense and volatility is high, crypto money transfers may be disrupted or transaction fees may increase.

One thing to remember is that there is a risk with cryptocurrencies, as with everything else. Although blockchain technology is considered safe, it has been exposed to various hacking attacks over time. To prevent this, experts continue to innovate and improve blockchain protocols, but there will always be some risk. Nevertheless; Some innovations such as the developments in blockchain and the possibility of creating many new applications by smart contracts have the potential to provide great convenience in future money transfers around the world.