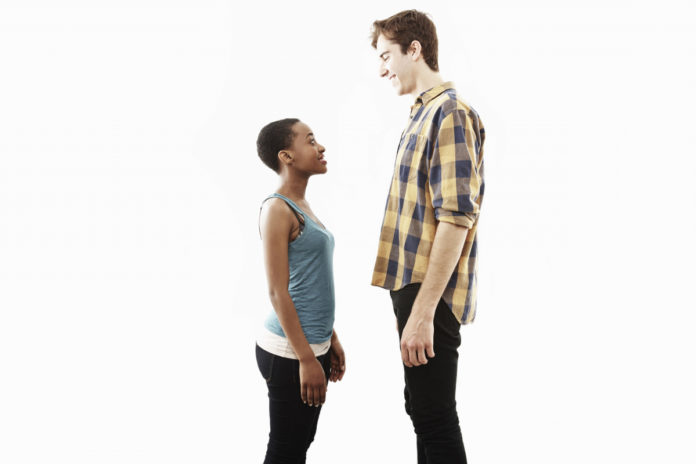 A new study revealed that tall people are not really threatening, but are perceived as threatening and dangerous because of their actions to communicate.

It is possible to understand what a person thinks by looking at his facial expression. In general, whether someone is cheerful or angry can be seen by looking at his face . We almost recognize the mothers’ view of “ I will ask you when a guest leaves ” as soon as we see them.

In general, people frown and show their moments when they threaten someone . This movement is universal. When someone looks at us like this, we say, ” He’s got his eyes .” It seems that not always people are staring at us with anger.

When we look carefully at the photographs of the person above, we see three different expressions. The first of these is a facial expression that we can clearly define as frustrated. In the middle, it looks as if we asked a complex math question by turning it down the street. On the far right, it seems to be taking a cool pose.

Let’s examine the facial expressions of the young woman below. While looking at the first frame in a very angry manner, we see a bored facial expression in the middle frame. In the last frame, the woman looks slightly bored.

In fact, we look at the same facial expression on both photo strips, but these are images taken from three different cameras that stand at different angles. The face of the woman and man was taken from below, across and above.

What changes our perceptions of people’s facial expressions is the angle of the people with the camera . Taller people bow their heads forward when looking at those who are shorter than themselves . This causes her eyebrows to appear as if they are frowned and foreheads to come forward. So they look more threatening.

Researchers from the University of British Columbira said that in their studies, people appear significantly more dominant in the statements on the right and left . Basically, you people from the top down look or changing your impressions below to look up to them.

When communicating with people , it is necessary to be careful to be in line and to establish equal eye contact . It is very useful to sit opposite each other, especially when you are talking to children, to lean towards eye level. Because if we wear even our most gentle statement, we can look threatening for optical reasons.

Donating your Christmas tree can help a lot