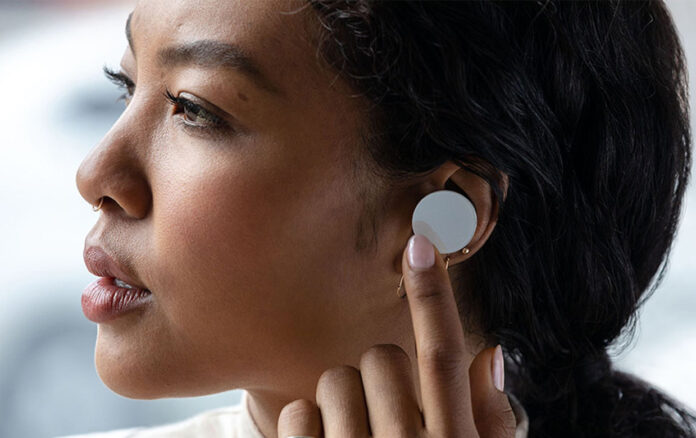 Microsoft, which has participated in the wireless headset race with Surface Earbuds, has already started to work for the next generation. Although there is no leak in this regard yet, the interesting patent that the company has received may create new possibilities for wireless headphones.

How will Microsoft wireless headset patent bring features
The company, which received criticism in terms of design with Surface Earbuds, seems to offer a good experience in terms of usage. Microsoft, which wants to increase user experience and security, came up with a fingerprint protection patent.

Although this protection technology is sometimes criticized and not useful enough, it is already one of the best personal protections. Microsoft, on the other hand, prepares a fingerprint sensor inspired by functions such as turning the music on or off, by touching the wireless headset.

According to the patent, the user will be able to use fingerprint protection to open the headset. While it may seem simple, there is currently no effective theft protection for wireless headphones. Again, thanks to this protection, it is planned to open the smartphone over the headset or to open your Microsoft account in this way. The details of the patent have not been revealed. However, this may open the way for other companies to bring similar protection.

Surface Earbuds have been criticized for its design since its first appearance. In fact, the wireless headset, which truly reflects the Microsoft design line, is in the form of a large round. It should be reminded that the headset, which is not technically lagging behind its competitors, is still not very successful in terms of sales.

Shigeru Miyamoto announced that he is a fan of SEGA