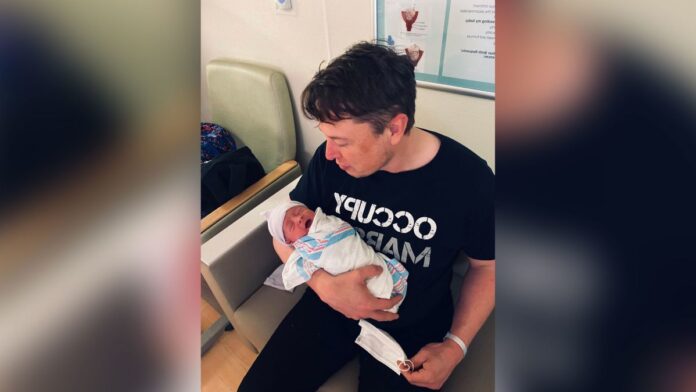 Elon Musk, who was a father last night, suggested the name “X Æ A-12 Musk” to his follower, who stated that Twitter needed a name for the baby. It is not known whether Musk made a reference with this name or just a joke.

Elon Musk, one of the most successful, controversial and strange business people of the 21st century, became a father last night. It is difficult to predict what individual will emerge from a character like Elon Musk, but Musk’s humorous personality can make him one of the most unique (!) People in the world, even with his baby’s name.

We all know that Elon Musk actively uses Twitter. Therefore, it is not surprising to learn that the famous business man is the father on Twitter. Responding to the question, “Is there any news from the baby?” From one of his followers, “Baby and mother are fine,” Musk then got into a very strange dialogue.

Strange name suggestion from Elon Musk: X Æ A-12 Musk
Another Twitter user tweeted “We need a name, definitely there”, citing Musk’s tweet about the baby and his mother. Musk responded to this tweet as “X Æ A-12 Musk”. Given the humorous personality of Musk, we can say that this name is just a joke. Well, what if?

If Musk is not kidding and is determined to put his child’s name X Æ A-12 Musk, I think it would not be wrong to look for a logic or meaning under it. Because we do not even need to say that Musk likes to post or name sub-messages. As an example, we can show Tesla company named after Nikola Tesla or car models called Model S, 3, X, Y.

The symbol Æ denotes terminologically æsc or ash. So Jr. Musk’s normal name may be Ash, and Musk may be referring to this name with this tweet. However, the A-12 Musk statement is likely to be a reference to Lockheed A-12, a reconnaissance aircraft. However, we do not know if the population office will accept such a posting.

Elon Musk is a strange character as well as successful. Therefore, it is difficult to understand how to name his baby, whether he makes a reference or a joke with X Æ A-12 Musk. Which planet will be the dream of little Musk when he grows up …

Aliexpress: wireless headset and other products on offer

Rihanna reassures her fans after her scooter accident!

Ed Sheeran became a father: the name of this boy

Scientists create artificial eye that can be powered by sunlight and...

Jimin revealed the secret of his fights with Taehyung

Jennifer Lopez of Kylie Jenner makes an impact on jeans