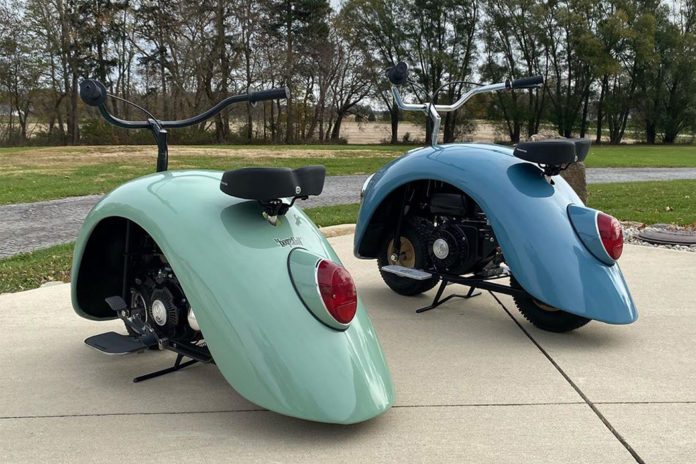 Beetle, one of the most well-known models of Volkswagen, inspired a motorcycle – or direct parts – this time. Using the Beetle’s fenders, a designer mounted the car’s beloved structure on a chassis. This motorcycle, called Volkspod, makes people look again.

The Volkswagen Beetle, which has left its mark on the automobile industry for a time but is still in high demand in the market, has never lost its popularity. Sometimes the German car giant Volkswagen and sometimes people or institutions, Beetle’a changes to the agenda of the vehicle is carried. This time again, a designer, Volkswagen Beetle’in popular design and hand in hand has produced a completely different product.

The designer is a man named Brent Walter. Walter describes himself as the “producer and producer of various things.” This time, Walter decided to give the Volkswagen Beetle a different touch, creating a design that has never been done before. This design basically represents a motorcycle that looks like the Volkswagen Beetle. Now, let’s see what this motorcycle looks like.

The lamps on the front and rear of this motorcycle also carry the Beetle’s traces. The headlights have been supplied as spare parts from Beetle and have been successfully incorporated on the fender. The fact that the headlamps are used in line with the original makes the Volkspod even more attractive.

Will stop updating Bleeding Edge to focus on Project Mara