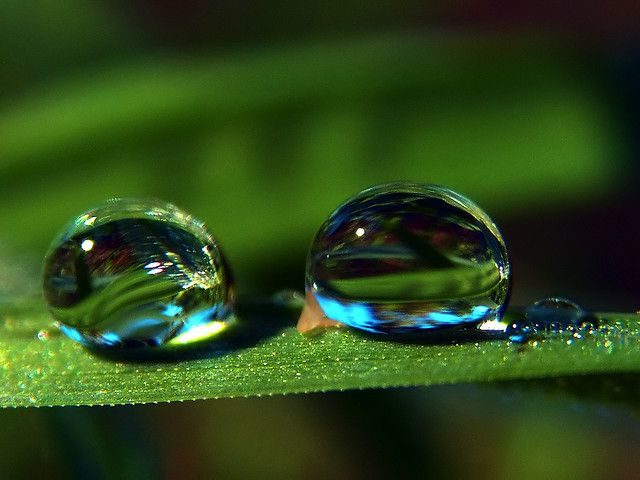 Using two coordinated and high-speed cameras for video, which will be a good example for fluid mechanics, the scientists worked on the combination of two separate droplets. The experiment carried out; It contains a combination of two droplets, one blue and the other transparent.

Alfonso Castrojen-Pita, who conducted research on fluid mechanics at Oxford University, said about this experiment: “We used to wonder what happened when two droplets collided. Were these droplets blending, or was one of the droplets passing over the other? “The two cameras that record to observe the interaction of these two colliding droplets answer these questions.”

How to control mixing between two droplets? Tune the interfacial tension to either enhance of suppress surface jets. Beautiful video captured in our labs by @FluidsTom – with thanks to the @royalsociety and @EPSRC @UKFluidsNetwork (with @RafaelCastrejon and @markwilsonleeds) pic.twitter.com/1Z9aA0voiL

In the experiment; It was observed that the blue droplet passed over the transparent droplet and a surface jet appeared 15 milliseconds after it came together. The research team of the study’s author, Thomas C. Skyes, explained the experiment as follows: “If two droplets with identical surface tension are considered sufficient amount of lateral separation, a strong surface jet forms on the merged droplets. After the images captured as a result of the experiment were processed, this jet appears to be the result of the inert contact line and the surface runoff due to collision inertia. ”

However, it was stated in the experiment that the two drops did not always come together in the same way. The resulting surface jets can be suppressed and increased as a result of manipulations on the surface tension. The researchers explained that this confirmed the Marangoni effect.

Apple’s AirTag devices will be able to do other things

Premieres of The Mandalorian and This Is Us are highlights

Small part of solar energy would feed the world

PS5: the menu of the future console finally revealed

Striking claim about Huawei and Honor

Dramas with sad endings that will make you cry

Jin is a victim of technology and his new selfie goes...

BTS: This is what Suga thinks of his new song, Dynamite

Immortals Fenyx Rising was born from a mistake