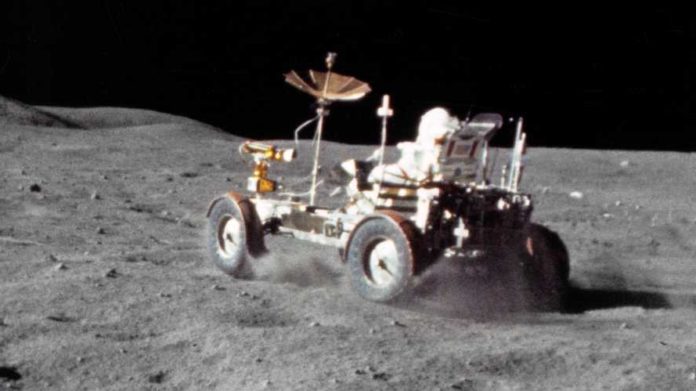 The Cold War between the United States and the Soviet Union did not contribute to humanity. We witnessed many revolutionary principles in a very short period of time when the two superpowers of the time, the US and the USSR, competed with each other for space research.

In 1969, the United States made its first manned landing on the Moon, and with this great success, it put an end to the Space Race and became the ultimate winner. The Apollo 11 mission, where Neil Armstrong and Buzz Aldrin marched on the Moon, will probably continue to be remembered for centuries.

Apollo 11 was a first, but of course it was not mankind’s last Moon adventure. NASA, which was the golden age of those times, organized 7 different Apollo missions between 1969-1972 and had the chance to walk on 12 US Moon surfaces. Some of these astronauts had not only walked on the Moon, but also had the pleasure of riding a small car on the Moon’s surface.

The images you see above belong to the Apollo 15 mission. In Apollo 15, where two astronauts named David Scott and James Irwin were launched, Lunar Rover Vehicle was first taken to the Moon. The Scott-Irwin duo, along with the LRV, made a tremendous job, covering a distance of 27.9 kilometers on the Moon surface. The original 10-minute-long version of the images can be found here.

The following footage was taken on the Apollo 16 mission. The name of the astronaut who drives the vehicle in the video is John W. Young. Young is named after the famous astronaut Charles Duke. The astronaut duo of Apollo 16 traveled a total of 26.7 kilometers along with the LRV during their 71-hour period on the Moon surface.

Only six astronauts had the chance to drive their LRV cars on the Moon. The three LRVs sent to the Moon in Apollo 15, Apollo 16 and Apollo 17 missions have traveled an average of about 30 kilometers. NASA says the vehicles have not been brought back to Earth and are still waiting on the Moon surface.

Estimated Price of Space House Prepared by NASA for Tourists