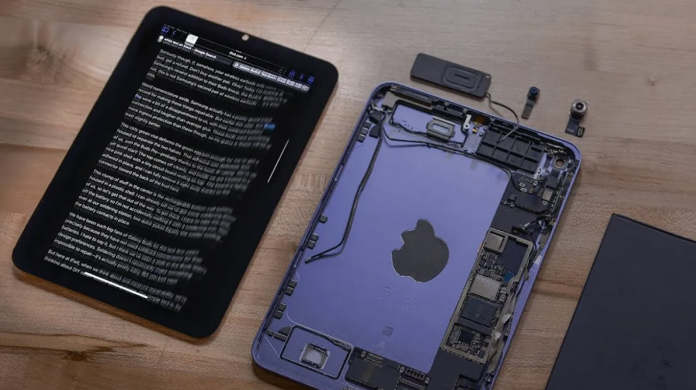 The 8.3-inch screen of the new iPad Mini is on the agenda with the refresh problem called the jelly scroll effect. Here’s iFixit’s review

The New iPad Mini, or iPad Mini 6, which Apple introduced at the same event as the iPhone 13 series, has been on the agenda recently with a screen problem. When we look at the videos posted by users, it is clearly seen that one side of the 8.3-inch IPS LCD screen is refreshed more slowly. When viewed vertically on the screen, the right side updates faster than the left side.

Although users who noticed this problem flocked to the stores to return / replace the devices, Apple surprised users with its statement. In his statement to ArsTechnica, he reminded that LCD screens are renewed line by line, and stated that this situation, called the jelly shift effect, is normal.

So, according to the technology giant, there are no problems with the devices. The iFixit team, which disassembled the iPad Mini, also touched on this issue.

Apple: No problem with the new iPad Mini screen!

According to iFixit, the jelly scrolling effect is present on many devices, but not as pronounced as on Apple’s new tablet. The device’s screen is refreshed from side to side in a wave-like pattern, not all at once. According to ‌iFixit, the main source of the problem is related to the placement of the control board that makes the screen work, so the jelly scrolling effect occurs when in portrait mode.

The ‌iPad mini‌ has a vertically placed control board/board on the left side. The iPad Air, which does not show the same problem in portrait orientation, is on the top of this card. When you swipe parallel to the direction the screen is refreshing, the screen still doesn’t refresh at the same time, but the refresh effect is less noticeable because it doesn’t split the text.

Stating that the iPad Mini now comes with an easier-to-access battery connector, the team emphasizes that Apple still continues to use strong adhesives that need to be dissolved with isopropyl alcohol on the battery side.

The motherboard, which houses the Apple A15 Bionic processor and 5G modem, is easily removable, while the USB-C port is also modular. However, despite all these improvements, the repairability score was 3 out of 10.

WandaVision: All about the premiere of the Marvel series