Home News Interesting claim for the lost planet Theia: Parts of the world 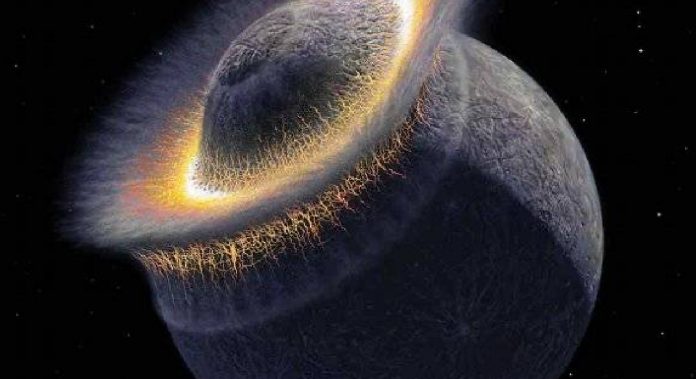 An interesting finding has been found about the planet Theia, which is thought to have caused the formation of the Moon as a result of its collision with the earth billions of years ago. Parts of Theia, which have been researched by scientists for a long time, have emerged in the center of the world.

According to a new study led by Qian Yuan, a geodynamic researcher at Arizona State University in the United States, parts of Theia are stated to be located in the rock block “LLSVP” located in the depths of the earth.

Could Theia have caused the emergence of life on earth?

According to the statement made by state university researchers on the subject, the blocks surrounding the core of the earth have a chemically different and dense structure compared to other rocks.

Seismologists in particular have been studying these two rock layers for decades. Seismic waves from earthquakes suddenly slow down as they pass through these layers. This shows that they are more intense and chemically different from the mantle rocks that surround them.

In addition, it is stated in the statement that the fragments are found in two continental-sized rock layers under West Africa and the Pacific Ocean.

It is claimed that the collision that caused mysterious information took place 4.5 billion years ago. Some researchers think this event released chemicals necessary for the emergence of life on Earth.

How do you evaluate this research that has been put forward? Do you think the parts of the mentioned planet could be in our world? You can share your ideas with us in the comments section.

Birds of Prey Change Their Title In The US For a...