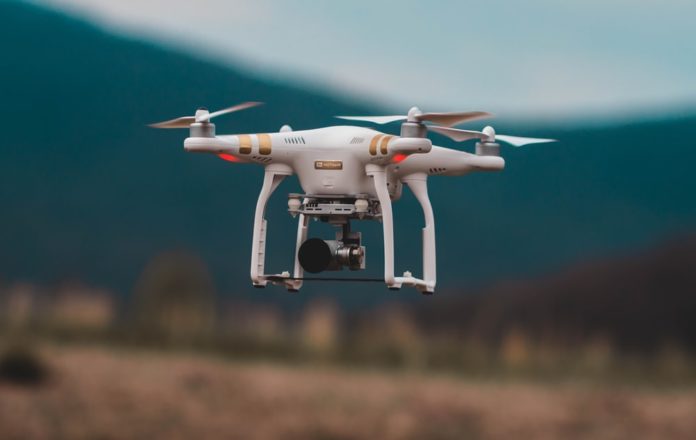 Despite its small body, the drones, which can dominate the sky, have appeared in many areas until today. So, drones, which we have heard little about recently, in what areas and for what purpose?

Drones that once occupied the agenda were not spoken for a few weeks. Different measures have been taken today against drones, which in the past have caused many airports to temporarily stop flights and have been instrumental to many more people being victims.

Although the measures have greatly reduced the inattentive use of drones, these flying devices are still used for many purposes today. Also, those who use drones are not just civilians. Security forces of various countries also actively use drones. Let’s take a look at the most interesting drone uses recently.

In the video above, we can see how drones with megaphones warn people. Authorities tell people who are not wearing masks to wear masks and say that the Corona virus is very dangerous. According to some reports, drones are even used to measure people’s fever.

Ice cream delivery:
In 2017, a food company named Unilever launched a service called Ice Cream Now. The aim of the company was to deliver ice cream to those who want it. In order to be able to make the delivery faster, the company uses Japanese Terra Drone Corp. partnered with the company and started delivering ice cream with the drone.

Turning the sky into a screen:
An entertainment company called CollMot in Hungary has brought a new dimension to the light show with drones. The company has reduced the number of drones normally required to perform a light show from thousands to hundreds. CollMot used a very clever method to achieve this.

CollMot installed equipment that produces smoke in each vehicle. So about 100 drones created a huge curtain in the sky. Then, light was reflected from the ground to this artificial screen in the sky, and stunning images appeared.

Eliminating insects:
Agricultural land in Kenya has been threatened by huge herds of grasshoppers. Facing a similar situation, the Rwandan government had previously used the spraying technique with drones. Kenya is eager to follow Rwanda’s footprint.

Kush Gadhia, an executive at a drone company in Kenya, said that drones can be used to deal with flocks that cover 130 kilometers a day. In this way, an obstacle could be put in front of the grasshoppers, which determine the direction according to the wind.

Although the usage areas of the drones produced today are still somewhat limited, we will see that drones are used in many areas with much better drone technologies in the future. Of course, at this point, we think of cargo deliveries that are tried many times today, but the drones will not only be used for cargo transportation. For what purposes do you think we will use drones in the future? Don’t forget to give your feedback.

NVIDIA Announces It Has Been Hacked! Announcing Their Demands, Hackers Threaten...