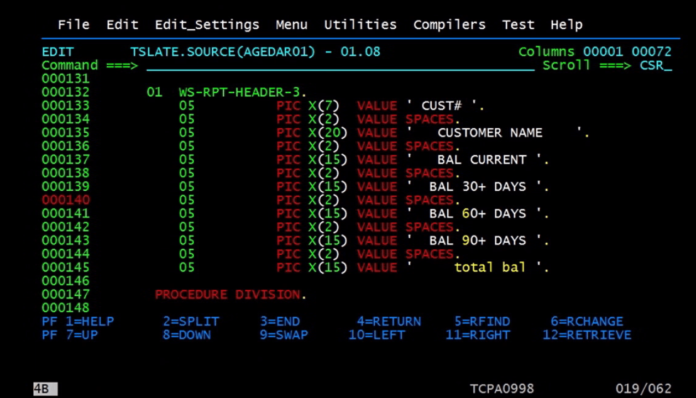 The interest of jobseekers in a classic programming language, COBOL, increased after the corona virus epidemic. However, the number of jobs requiring these skills was not as high as the increase in interest.

The interest of jobseekers in a classic programming language, COBOL, increased after the corona virus epidemic. However, the number of jobs requiring these skills was not as high as the increase in interest. The search share per million for the COBOL programming language grew 707 percent during the epidemic. The share of job vacancies indicating the term COBOL has increased only 6.47 percent since January.

“Common Business-Oriented Language” created in 1959 under the authority of the U.S. Department of Defense, “Common Business Oriented Language”, is designed for business, finance and management systems that operate with hosts such as IBM or Hitachi. As PCs replaced massive hosts and developers became more modern languages, COBOL was largely phased out, although it was still the basis for older systems, especially in the financial and government fields.

We can say that COBOL programmers made the language a national public spot by making an urgent call, including governors, in the US to deal with large unemployment claims from pandemics.

Although job seekers’ interest in COBOL has increased, the number of real jobs that require these skills has not increased at the same pace. Speaking of the term COBOL, the share of job vacancies has increased only 6.47 percent since January.

In a statement to cyber security advisor Business Insider, Joseph Steinberg said that both working and retired programmers may feel an opportunity for COBOL due to the latest news about states that need programmers. However, he said that the growth rate for COBOL jobs will remain low because most jobs are about maintaining existing systems rather than creating new systems. Steinberg said that as COBOL systems are replaced with more modern alternatives, COBOL coding jobs will be lost and replaced with other jobs.

Two Members of the AMD Ryzen Pro 4000 Series Reveal at...