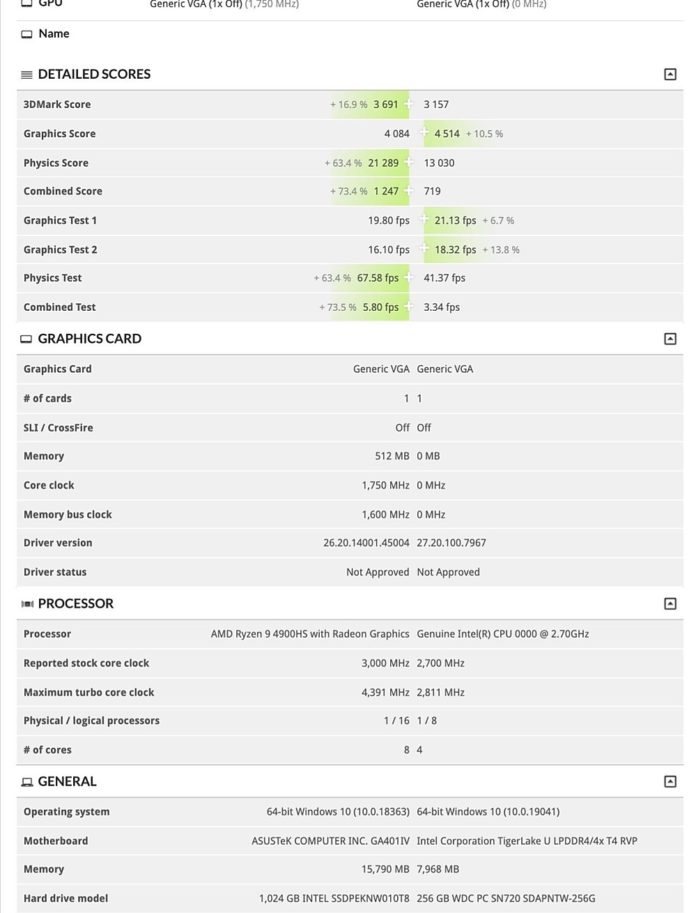 The performance of Intel’s new processor Tiger Lake, which is expected to be released later this year, seems to be superior to AMD 7 nm Vega. Tiger Lake is 10% faster than AMD 7 nm Vega.

Intel in graphics is ahead of AMD:
When it comes to graphics tests, Intel Tiger Lake’s Xe GPU was found to be up to 10% faster than AMD 7 nm Vega GPU. The Xe GPU, which is seen as fast as 14% in the second graphics test, is expected to be further improved with optimized drivers and improved synchronization.

Considering that Xe graphics already exceed 7 nm Vega graphics in Ryzen 4000 H-Series chips, it is thought that they will outperform the U-Series parts, but it should not be forgotten that they will still be much improved when the test performances and Xe architecture are finalized.

The best images to post on WhatsApp and social networks