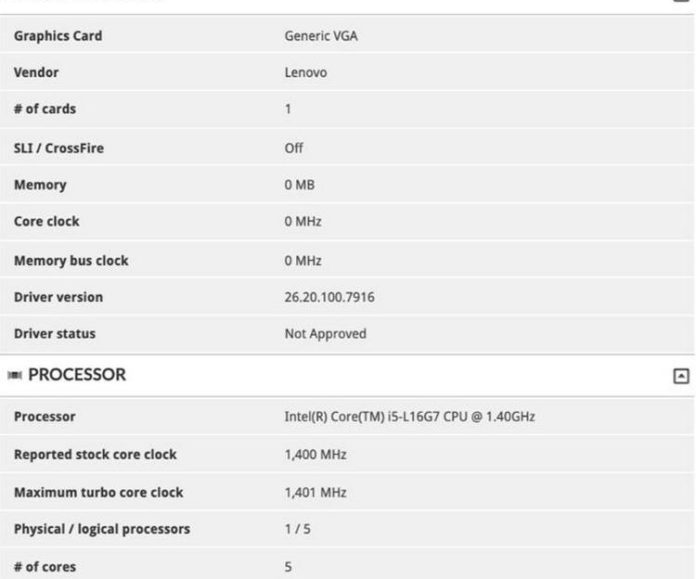 Intel’s CPU, which appeared in the UserBenchmark database in January, was seen in Fire Strike this time. The features that appear in both databases are quite similar to each other.

Intel is one of the first companies that come to mind when it comes to the processor. Especially the 10th generation 14 nm desktop CPUs, Comet Lake-S and 11th generation 10 nm mobile processors, Tiger Lake has a very short time to come out, and this causes the attention to focus even more on Intel.

The subject of this news is not the mentioned processors; The subject of our news is Lakefield. So what is this Lakefield? Lakefield is a mobile user platform that powers Intel’s Foveros 3D stack technology. This processor, which is about the size of a nail, is 12 mm x 12 mm x 1 mm. There’s also a hybrid CPU architecture that combines Tremont cores with the power effect of 10 nm Sunny Cove cores.

Intel Lakefield CPU benchmark results:
The Intel Core i5-L16G7 processor you see in the image above appeared in the UserBenchmark database last January, and the processor was thought to be used in the Samsung Galaxy Book S at that time. The same processor appeared in the 3DMark Fire Strike database this time.

Just like the previous one, this time the Core i5-L16G7 appears to have 5 physical cores and 5 threads. This means there is no Hyper Threading support. It also appears that there is no change in floor speed. According to the data, the processor’s base speed is 1.4 GHz. The speed called ‘Boost Clock’ is not included here, but it was stated in the UserBenchmark that it can go up to 1.75 GHz. Also, some rumors claim that this speed can go up to 2.95 GHz.