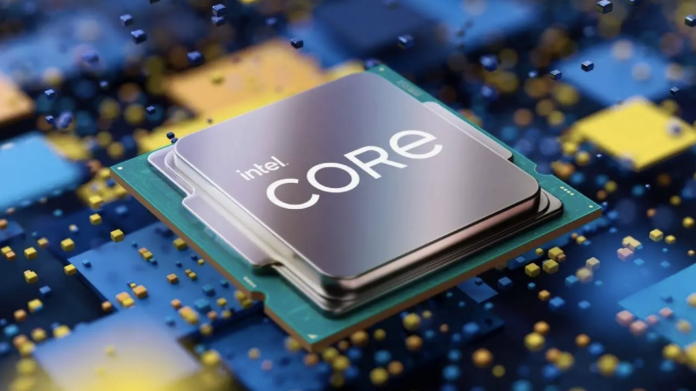 Intel‘s new generation processors appeared on a shopping site. We shared details about these Intel processors, known as the 12th generation.

Lately we’ve been more interested in how up-to-date our processor is. The fact that Windows 11 almost overwhelmed us with system requirements showed how much we needed up-to-date processors. If you are considering upgrading to an updated processor to comply with the new standards, you may be excited by the new details about the 12th generation Intel processors. 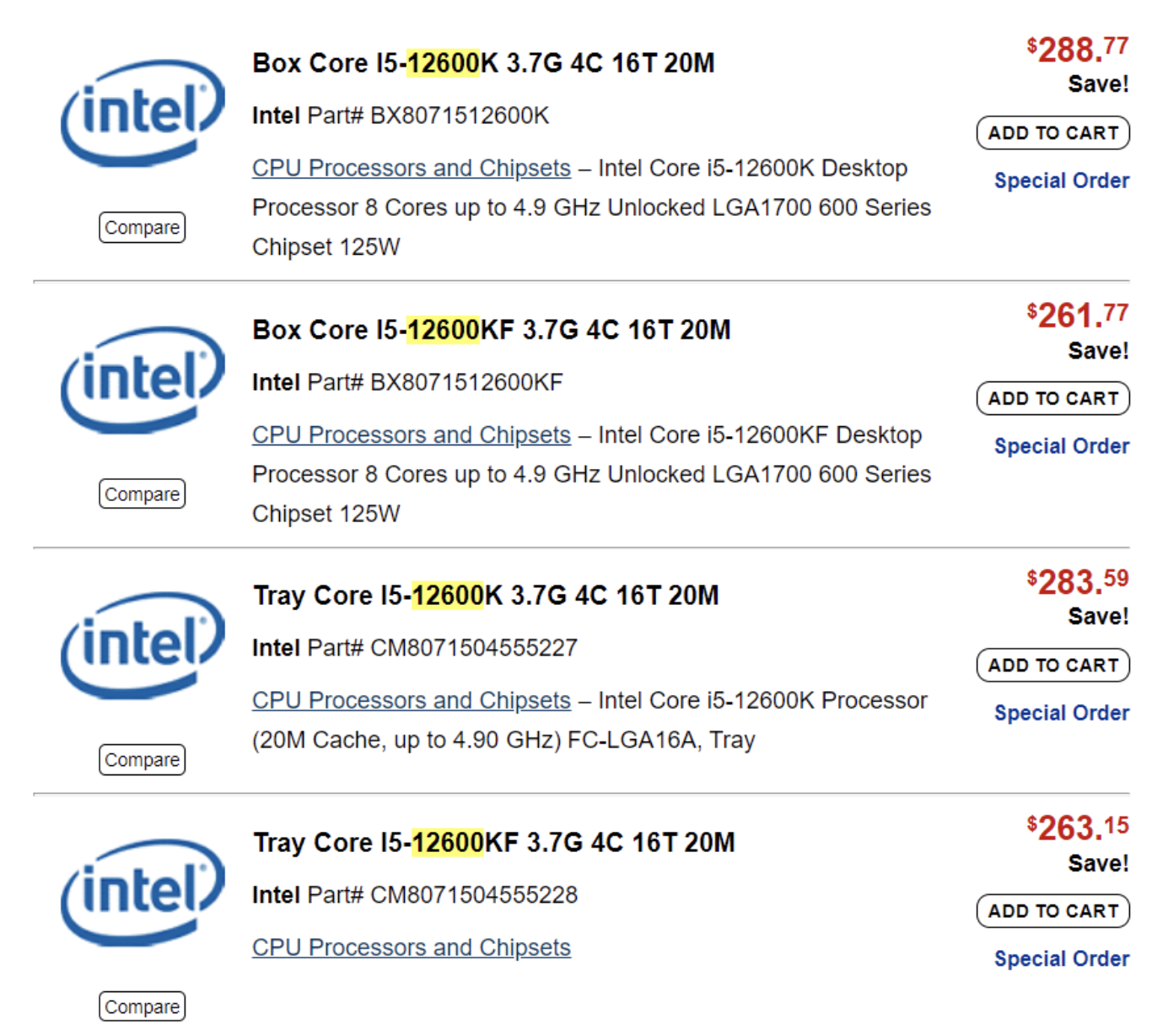 In the image above, we see the processors and other details of the Core i5 series. Even though there is more than one product link, the fact that all of them have the same features increases the probability of this information being correct. We see that the i5-12600KF model works with a frequency of 3.7GHz and can reach a frequency of 4.9GHz with overclocking. With this frequency, which is valid for the unlocked variant, the processor consumes a maximum of 125W power. This 600 series processor is compatible with the LGA1700 socket like other processors of the 12th generation. It also offers 20MB cache size. 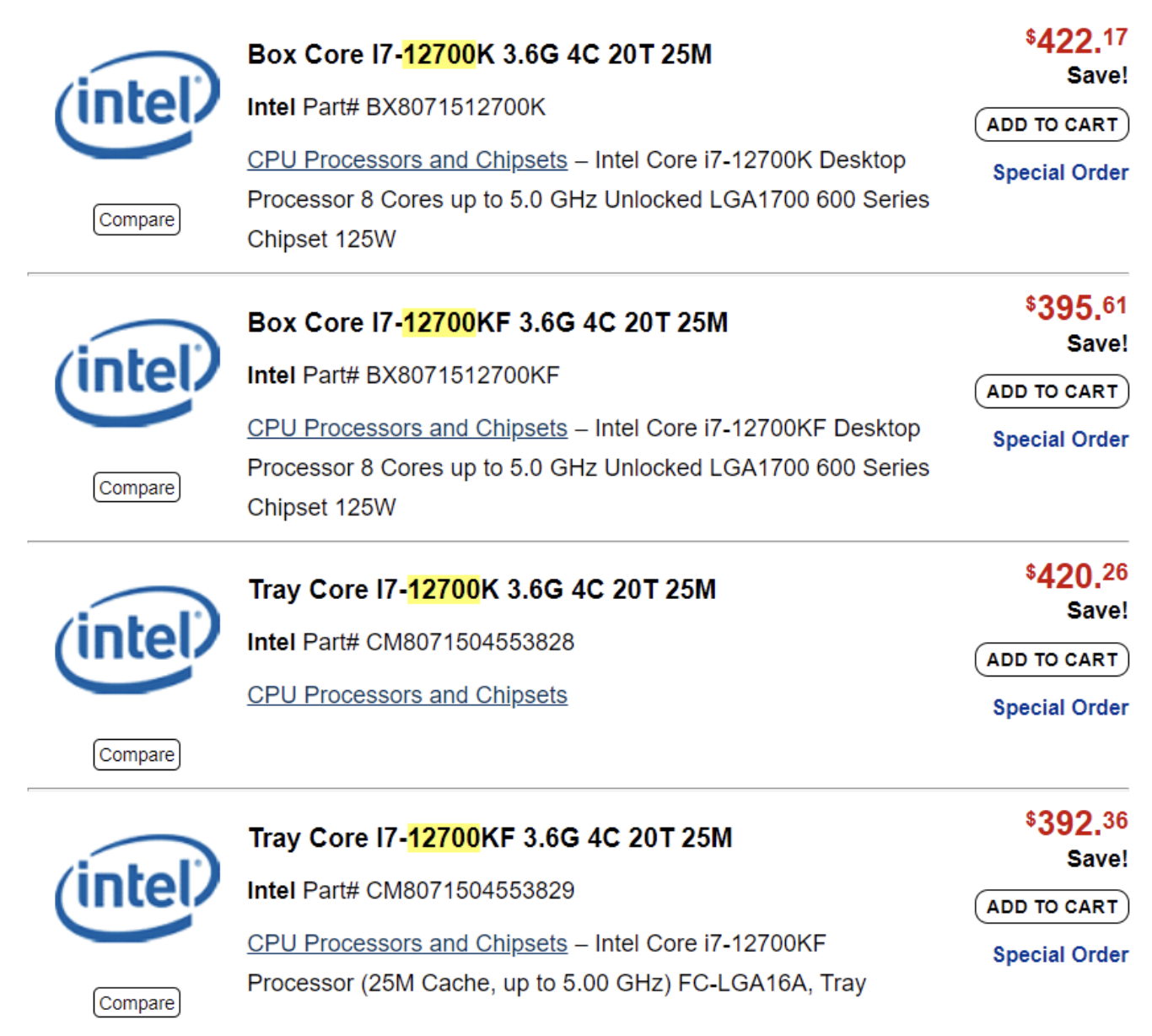 When we look at the 700 series of the Core i7 family, we see a processor that runs at a frequency of 3.6GHz and can go up to 5.0GHz with overclocking. Despite its superior performance, this processor consumes the same power as the Core i5 series. With these details, it is exciting that the cache size is 25MB. 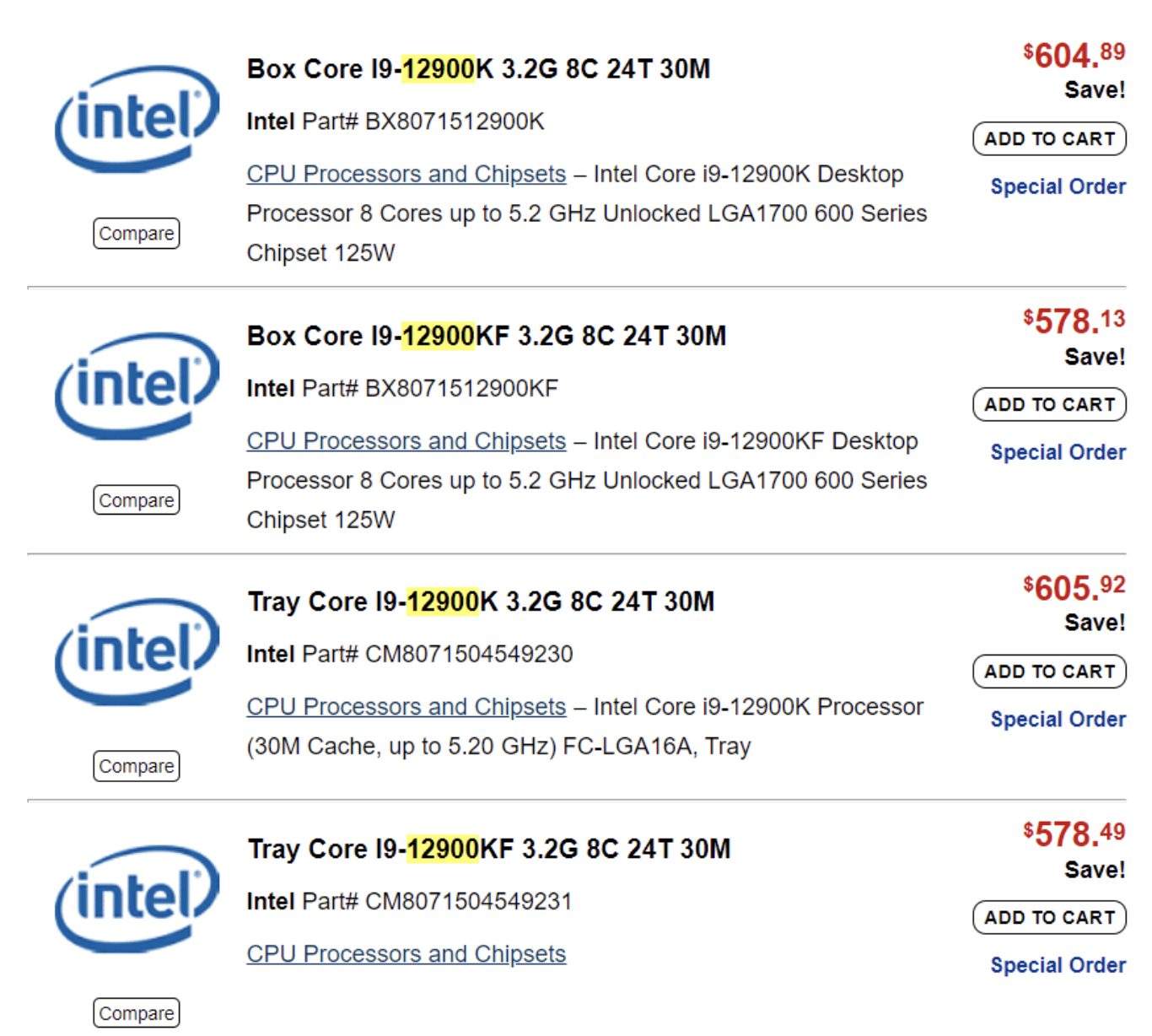 The features of the 900 series variant from the flagship Core i9 family are also really exciting. The i9-12900KF model of this family, which we expect to offer the highest performance, operates at a frequency of 3.2GHz, and a frequency of 5.20GHz can be reached with overclocking. This processor with a cache size of 30MB consumes 125W of power.