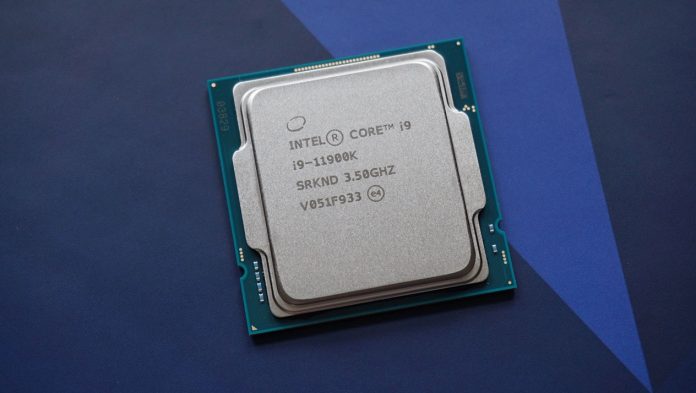 Stock problems in the computer market have annoyed many people. The stock problem caused by the inability to meet the demands is at a critical level in the graphics card, processor and automobile industries. In the processor market, the manufacturer most affected by this problem was AMD. The fact that Intel manufactures its chips in its own facilities has made it less affected by this problem. However, reports indicate that there will be stock issues in the future for Intel Rocket Lake processors.

Wccftech gave bad news for Rocket Lake processors in its special news. The blue team, which has not dealt with stock problems so far, will be in trouble with new processors. According to many, AMD Ryzen 5000 series processors are in a better position, especially at the top level. However, stock shortages made the Ryzen 9 5900X and Ryzen 9 5950X processors unavailable.

The stock shortages that AMD were experiencing came to a bit like a medicine to Intel’s tough times. However, this process will not take long. Intel informed its partners that there will be stock issues for Rocket Lake processors in the second quarter of the year. It is not expected that there will be a particularly low-level stock problem over the next few weeks. However, after this period, it was stated that the stock problem will hit new processors hard.

The supply issue will hit the i9 processors first. Later, it will come to the i7 and i5 processors. The increasing Amazon price of the i9-11900K is also cited as evidence. The main reason for the problem on Intel’s side is the lack of sufficient production capacity, unlike TSMC. For this reason, the American manufacturer decided to establish a new $ 20 billion facility. However, the planned opening year of this facility is 2023.

Intel partners, including distributors and retailers, average 30 to 45 days of processor stock. It is stated that 12th generation Alder Lake processors will be introduced in September. In this case, Intel may experience a larger stock issue in the future.

The stock problem expected to be experienced with Intel Rocket Lake processors also left unstable people planning to collect computers. The bad reviews received by the i9-11900K and i7-11700K left consumers unstable. Many users want to turn to top-tier AMD but cannot find stock. If Rocket Lake processors run out of stock, users may be left without a processor.