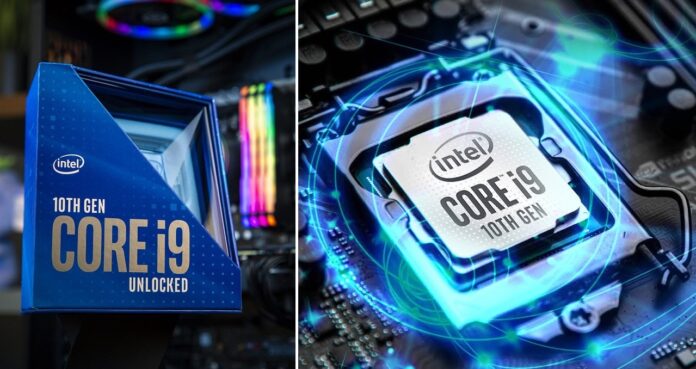 Preparing to release the 10th generation Intel Core Comet Lake processors, Intel relies heavily on the series’s most powerful Core i9-10900K processor. 10900K, which is mentioned as the fastest game processor, proved that it deserved this title as a result of the tests. In many game tests, the price of 3900X has been reduced due to the fact that Ryzen made a significant difference to his rival 3900X. According to the latest reports, Intel Core i9-10900K broke the overclocking record.

Intel Core i9-10900K overclocks record! Increased to full 7.7 GHz
When we look at the features of the i9 10900K, one of the most remarkable details is that it has 10 cores and 20 straps. The processor with 14 nm +++ lithography can go up to 3.7 GHz at basic level and 5.3 GHz at maximum turbo frequency. However, as a result of the tests, the processor cannot work at 5.3 GHz on a regular basis.

With a 125W basic TDP, the i9-10900K is a processor with a temperature problem. If you are considering buying this processor, at least 240mm liquid cooler and a good Z490 motherboard are also recommended. However, this temperature problem concerns users who want to render with this processor rather than those who want to play games. The CPU’s TDP value can go up to 350W when all cores are under 100 percent load.

Intel Core i9-10900K reached 7.7 GHz with overclocking record. Cooled with a special liquid nitrogen system, the processor was able to run all its cores properly at 7.7 GHz. The overclocking with the 1,194V on the Asus ROG motherboard also witnessed a World record. The 8 GB G.Skill RAM used with the processor has been increased to 6.6 GHz. Thus, a World record in memory frequency was broken.

Nvidia RTX 2060 is renewed! Here are the details