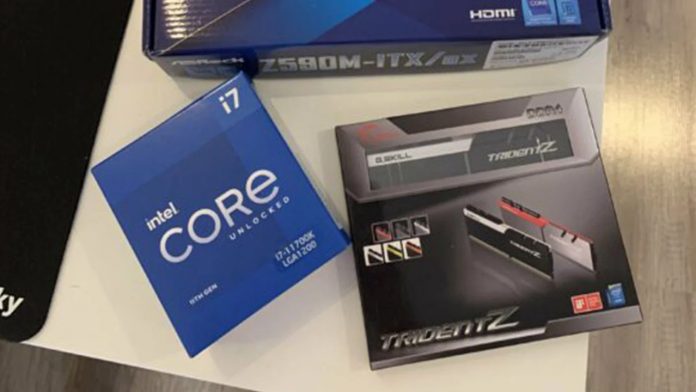 The Intel Core i7-11700K processor, whose official launch date is March 16, 2021, was offered for sale by a German retail company. Users who bought the first packages and started using the processor revealed a lot of information about the processor, up to the CPU tests.

A retail company in Germany started to sell the Intel Core i7-11700K processor for 469 Euros. The performance of the processor offered for sale is 150 Euros more expensive than the Core i7-10700K processor. Since Intel has not yet detailed the 11th generation Core family, it was thought that the seller opened the products for fraud or pre-order in the first place, but the processors reached the hands of those who ordered the product without any problems. Intel is expected to detail its new processor family on March 16 and launch it on March 30.

Core i7-11700K consists of 8 cores and 16 threads. The processor, which has the same core performance as the Core i9-11900K, has a slightly lower operating speed. While it is stated that the processor can output up to 5 GHz with overclocking, its performance is expected to be top-notch.

Prices for those who want to buy iPhone 12 series phones