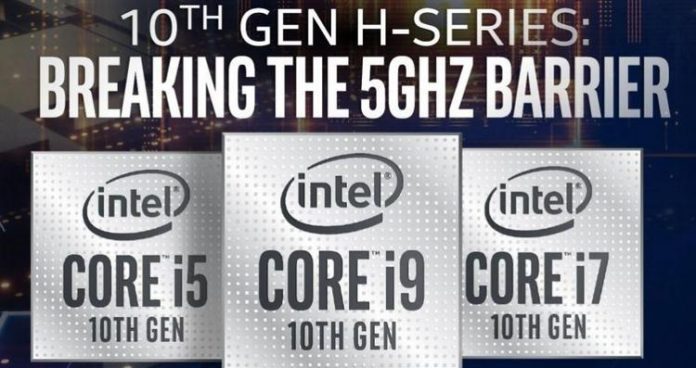 Intel announced in its CES 2020 this month that it will renew its mobile processor series with the new 10th generation Comet Lake-H series processors. Remarkable, high-performance benchmark results from one of the new processors have been announced.

Comet Lake-H series processors are known as new serial processors built on Intel’s 14 nm ++ architecture. The TDP rate of these processors can reach 45 Watt. Processors in this series can use 8 cores and 16 threads together. Intel also promises 5 GHz (even more in Core i7s) speed on these processors.

Intel has not announced the models in the new processor series separately, and has also refrained from providing specific information about the models. However, the Cinebench R20 benchmark tests revealed features that are believed to belong to the Core i5-10300-H processor.

New processors are promising
hothardware.com compared the performances of these processors, which Intel said, we will see in the market recently. Intel seems to be quite ambitious and ambitious in this processor, but right.

Looking at the results from multi-core tests, it is seen that the processor got 1924 points. This score is not very high and impressive for the tests. Still, comparing with other devices gives an idea of ​​the potential of the product.

The blue bars on the graph show the results of previous tests. The yellow color reveals the success of the Intel Core i5 10300-H Comet Lake in benchmark testing. The processor surpasses processors of similar characteristics in the previous generation.

Intel’s announcement pending
It is stated that the Core i5-10300H will be a 4-core 8-thread processor. The processor will have a base speed of 2.5 GHz, plus 8 MB of L3 cache.

As you can see in the table, the processor lags behind Lenovo ThinkPad X1 Extreme, which has only 6 cores / 12 thread processors with more cores. Considering that the processor in this model is physically larger and has more space, this result is quite normal.

Unfortunately, the processor’s single core test results are unknown. Therefore, the performance of higher level Comet Like-H processors against processors like Core i7-9750H is unknown. Do you think it will be able to meet expectations when official statements come from Intel?