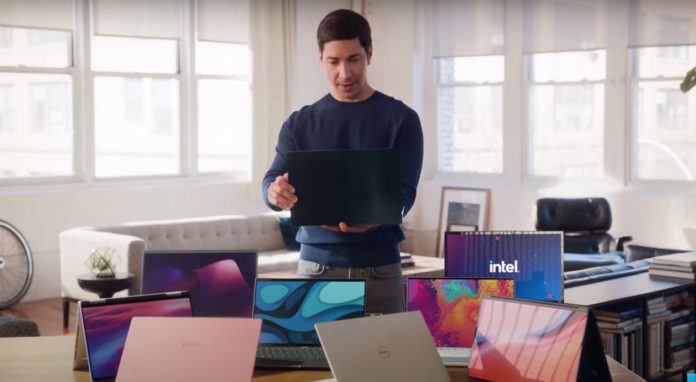 Intel has been used by Apple since 2006 for all Mac computers. In the last quarter of last year, the first transition was made to ARM-based processors. Intel has been on the agenda recently by publishing short commercials that make Macs useless. But the newly released Intel advertising banner contradicts their references.

In a sponsored post published by Intel on Reddit, a man uses a Macbook. When comparing the Acer Swift and the Macbook in a previous commercial, the company gave the message that Macs were useless.

By looking at the keyboard design, Touchbar reflection and thinness of the laptop in the image, we can easily say that it is a Macbook Pro. The use of the Macbook, which uses the 11th generation Intel Core i7 processor, in the advertisement after the previous systems is almost a sign of withdrawal.

One of the interesting points in the image is that the man in front of the computer is using Beats headphones. While the model of the laptop in the Intel Ad is not mentioned in the ad, it may be a message to Apple that the headset is determined.

What will Apple do next?

The partnership since 2006 will end in the near future. Apple now produces its own processors, ARM-based processors produced are cheaper and more efficient. It is disappointing that Intel has lagged behind in terms of manufacturing technology not only in the notebook but also in the desktop platform. Because Macbook customers attach great importance to battery life, the use of 10 nanometer processors has a negative effect.

It looks like it will take a few years for Intel to build processors at lower nanometers. The company recently announced its new investments and changing strategies for chip production.

Internet Starlink will arrive in Curitiba this year

Cyber attack on journalists via iMessage