Home Entertainment Intel claims that its Arc GPUs for laptops are superior to Nvidia’s... 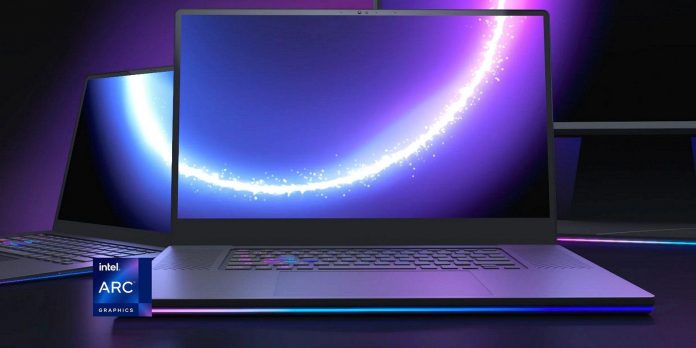 The current generation of graphics cards is coming to an end, although Intel does not seem to have made much progress. As Nvidia prepares its RTX 40 series and AMD plans to release RDNA 3 cards this year, the next era is fast approaching and the blue team seems to be stuck on the starting block. However, the tech giant is still striving to make an impact on the industry, and the company claims that its Arc mobile GPUs have a chance to stand up to current competitors.

In a recent report by Tom’s Hardware, Intel reports that the A730M and A770M outperform Nvidia RTX 3050 Ti Mobile and RTX 3060 Mobile respectively. It seems that in the new performance tests, the blue team’s hardware is running 12% faster than the green team’s hardware. However, as the report goes on to say, this increase may be due to other specifications that Intel used. For example, the tests used the latest Core i7 12700H and had 16 GB of DDR5 memory, which could tilt the results in its favor.

This does not mean that the A730M and A770M are not good GPUs. Intel Arc performance tests have been conducted many times over the past few months, and although there are discrepancies between the results, and some sources indicate that Arc mobile hardware may not be as good as it seemed at first glance, there are signs that it may be on par with such as the RTX 3070. maybe even a 3070 Ti, in terms of desktop options. Either way, it looks like Team Blue’s hardware will handle some of the more powerful Nvidia graphics cards on the market. It’s just a matter of mastering any of them.

Intel has recently released desktop Arc graphics cards, but so far only in China. There were fears that it might not be released worldwide, or at least in the US, until the end of this year. There are rumors that this could be a launch window in the fourth quarter, but Intel seems to be saying little about whether this is true or not.

This is still much longer than the original release date, which was set for the beginning of this year. It is possible that Intel will be able to show its graphics cards as soon as the products become more affordable. However, given that the performance of the Nvidia RTX 4090 still looks pretty good, the blue teams may face difficulties to catch up as the industry moves to the next generation.

This Is Us 5×13: Kevin e Randall finalmente conversam (recap)