Producer Focus Home Interactive and developer New World announced today (26) that the game Insurgency: Sandstorm will arrive on PlayStation 4 and Xbox One consoles on September 29, with the right to a new trailer. Check out:

On PC, the title has been available since the end of 2018, where it won a good number of fans and more than five million copies sold thanks to its tactical first-person gameplay focused on high-lethal battles and with a lot of team coordination, focusing on graphic and sound realism.

On consoles, Insurgency: Sandstorm will be sold in three different versions, the standard (standard), Deluxe (which includes a pass for Year 1) and Gold (in addition to the Deluxe bonus, it also brings a pass for Year 2). Each Year pass features 16 cosmetic kits, plus four additional Instant Reward items in Year 2.

For those who didn’t know the game yet, Insurgency: Sandstorm is a sequel to the indie game Insurgency, now improved and expanded with possibilities to customize your characters and weapons, maps that support 14v14 combat, and even cooperative battles for up to eight simultaneous players, all running on the popular Unreal Engine 4.

Did you already know this game? Looking forward to trying it out on desktop consoles? What did you think of the trailer and the game’s proposal? Comment below! 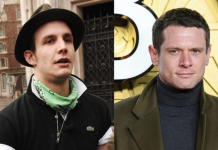 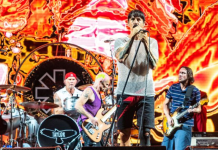 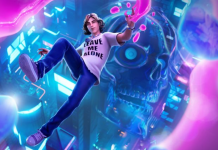 First Look at The Winter Love Island Villa: Where Was The...