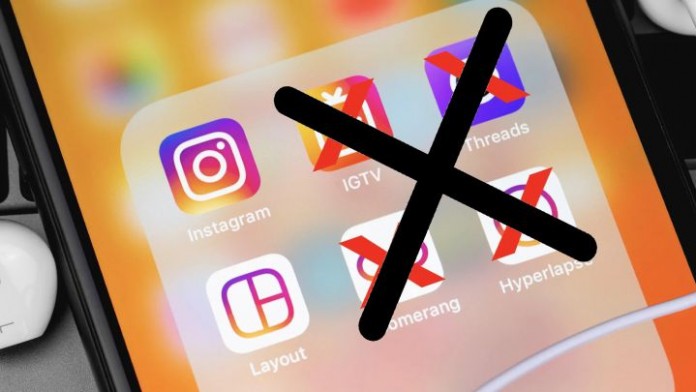 Instagram: Following the success of the initial app, Instagram developed and released two more apps: Hyperlapse came to Android and iOS in 2014 as a tool for creating time-lapse videos, and Boomerang came out in 2015 only on iOS to create short looping videos. Both were complementary to Instagram, and we say they were because they are no longer there.

Hyperlapse and Boomerang disappear from stores

Compared to each other, Boomerang was the most successful of the duet, with 301 million downloads in total and a daily average of 26,000 downloads until it was withdrawn. Hyperlapse had 23 million total downloads. Good numbers in both cases, even better for Boomerang, so the question is why Instagram has decided to remove them from the Android Google Play Store and the iOS App Store.

Instagram has not made an official statement, but it is possible that one of the reasons is the number of tools that Instagram itself already includes, from Stories to Reels -its own version of TikTok-, audio notes, direct chat, streaming, online shopping , etc, in addition to the entire panoply of AR effects and filters that the app includes for photo and video editing, such as SloMo, Echo or Duo, which were part of Boomerang.

The disappearance of Boomerang and Hyperlapse comes just a week after the closure of another application that emerged from Instagram, IGTV. And with these three, the only third-party app left to complement IG is Layout, which lets you organize photos into collages and montages.

According to a company representative, Instagram is not removing Layout, and Boomerang features and effects will be supported in the Instagram app: “We’ve removed support for the standalone Boomerang and Hyperlapse apps to better focus our efforts on the main app.” We will continue to work on new ways for people to be creative and have fun on Instagram.”