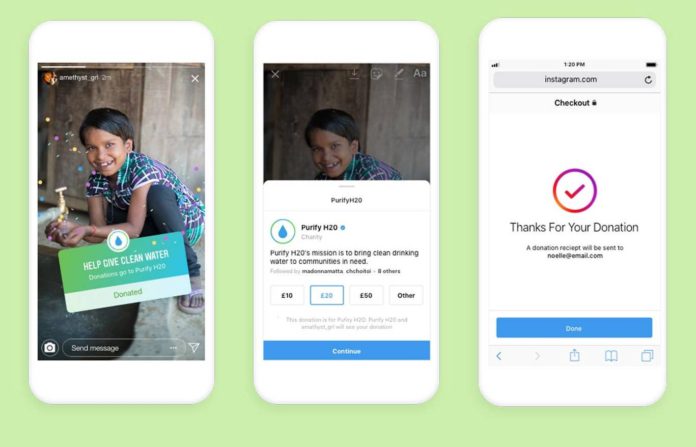 Instagram, the social media platform under the roof of Facebook, has released its new feature that allows users to collect donations in live broadcasts. All of the donations collected together with this feature will be donated directly to nonprofits.

Throughout the coronavirus epidemic, social media platforms do a great job to keep people in touch. In this context, many giant names of the sector try to facilitate the process by adding new features to their platforms. One of these companies, Instagram, has introduced a feature that will allow collecting donations in live broadcasts in order to reduce the economic burden of the epidemic to some extent.

Explaining that the rate of people using live broadcasting on the platform increased 70% last month, the company apparently evaluates this increase very wisely. At this point, the company also states that all donations collected through live broadcasts by users will go directly to non-profit charities.

It is possible to see instantly how many donations are collected:
Users need to first touch the camera icon in the upper left corner of the Home Page and select Live Broadcast from the page that opens to create a fundraising tool for the live broadcast. Live broadcasting can be started by selecting the donation collection tool and then the aid organization that you want to support.

It is also possible for broadcasters to track how many people supported the donation campaign launched and the amount of money collected by touching the ‘View’ option in real time. However, if you want to thank the donors, you can also touch the ‘Shake Hands’ icon.

This feature, where all the donations collected go directly to nonprofits, is only available in certain regions for now. It is not yet known when the feature will be available in other countries at this stage.

NVIDIA aims to increase the gaming experience with DLSS 2.3!