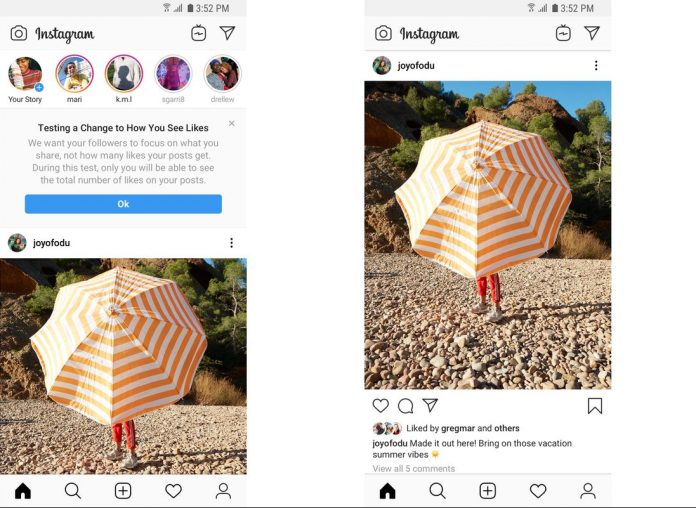 It has been testing hiding the number of likes on Instagram posts since 2019. The fact that this change is not reflected in all users causes confusion in the social network’s approach to the issue. However, a message seen by Instagram users in the USA the other day made us think that the expected change was finally coming.

Many Instagram users encountered this message at the top of their home page: “We want your followers to focus on what you share, not your likes. During this test, you will only be able to see the total number of likes on your posts. ”

However, a statement from Instagram soon showed that the event was not what it was thought. In the statement, it was stated that more users were included in the test as a result of an error. In short, for those who receive the notification and cannot see the number of likes, things will soon return to the old.

The statement made by Instagram on the subject includes the following statements: “We have been testing for a while to hide the number of likes in the posts shown in the main stream. We accidentally added more people to this test. This was a mistake. We fix this problem. Our users who are accidentally included in the test will be able to see their like numbers again. ”

Hiding the number of Instagram likes was first announced at Facebook’s F8 conference in 2019. Although the ongoing tests since that day have confused them, the company also stated that this process could be long. With this change, Facebook aims to reduce cyberbullying on the platform.