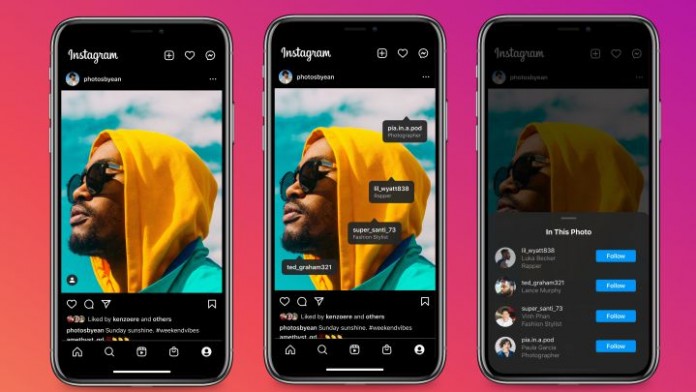 Instagram: One of the things that most worries artists who move through social networks is the credit of their work. Of course, it all depends on what they have attributed to the project, since not everyone has the same function and everyone has to be recognized for what they do. And this is where Meta wants to help users with a new tagging feature.

To each artist the title he deserves

As a regular Instagram user, you may not have stopped to think about what it means to be mentioned or tagged in an image. It is true that for most users it is something unimportant, but for those who want to progress professionally it means a lot.

For this reason, Instagram has improved its tagging system in which it will help give creators the credit they deserve. Until now, the people who were part of a project simply received the label without any clarification other than their profile on the social network.

It was already a lot that the profile that publishes it said in the description who has worked on what, but now it will be much more direct and attractive. The new feature will appear during the photo posting process, as right when you need to tag people they’ll be able to tag other creatives within their posts as a way to give their work more exposure.

The feature appears after tapping on Tag People > Add Tag, where a new option called Show Profile Category will appear, or at least that’s what the firm comments on its own blog. Users who see the photo will have the information of those people when clicking on the image as well as in the general display section of the tagged people.