Home Tech Instagram has made changes to the posts 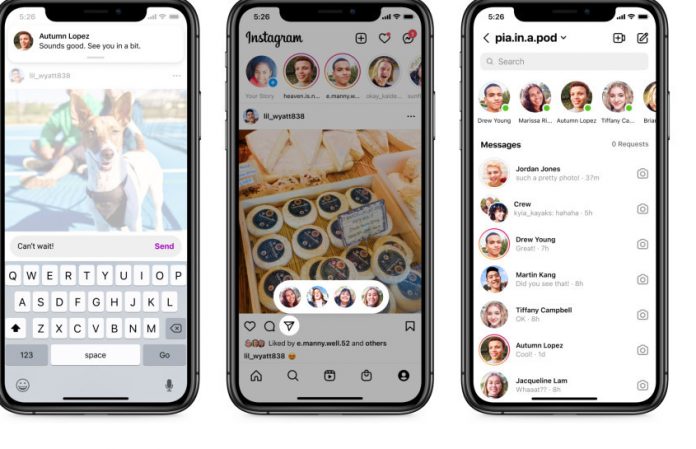 Instagram has updated messengers. These include many new features, such as responding to incoming messages via notification without leaving the stream, sending song previews to group chats.

Wanting to further improve the messaging capabilities of its users in the app, Instagram has introduced new features. The most striking of these is the feature that allows you to reply to messages while browsing the platform without having to log in to the DM. Thanks to this, users will be able to reply to a message by deleting the notification when they receive a message from someone while using the app. This will not require exiting the stream and will provide great convenience.

The platform, which allows you to see who is online in the messages section, by analogy with Facebook Messenger, also announced that it is now possible to send song previews and add polls to group chats in incoming applications. In addition, among the statements was that the previews of songs added with the support of Apple and Amazon music services were 30 seconds and that Spotify support would soon appear.

Finally, it was announced that a new feature has been added to the “Share” button in the posts that we see in the main Instagram feed. Now it will be possible to send a post as a message to the right person by clicking and holding the “Share” icon next to the likes and comments icons under the messages. Among the statements made was also that it will be possible to send a message using the command ‘@silent’, ‘@silent’, and this ensures that the person to whom you sent the message will not be notified.

Musk: Tesla Is Not Recognized For ‘Lives Saved’ By Autopilot

Casas Bahia, up to 80% discounts on Black Total