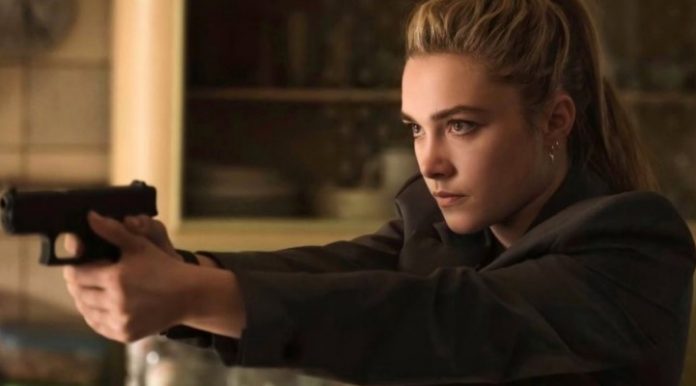 Apparently Instagram programmers don’t like spoilers. One of the surprises of the last episode of Hawkeye was the return of Florence Pugh as Yelena Belova.

To tell the truth, it is not as if it were a big surprise, since its participation had been confirmed for many months, and even the post-credits scene of Black Widow already anticipated a little of this. However, it seems that for the Instagram programmers it was something very significant because they decided to censor a publication of the actress.

Interestingly, Pugh uploaded a post with some screenshots of the return of her character in the series, when later the social network deleted the publication and even blocked it from continuing to publish. Florence Pugh then, made use of the stories to claim for this strange movement and in any way finish celebrating her appearance in Hawkeye.

“Someone here complained so I was prevented from posting my own appearance on a show I’m heavily involved in,” Pugh wrote in a story. “Being at Hawkeye is a privilege and thank you to everyone who welcomed me on and off set and to everyone who is already watching.” 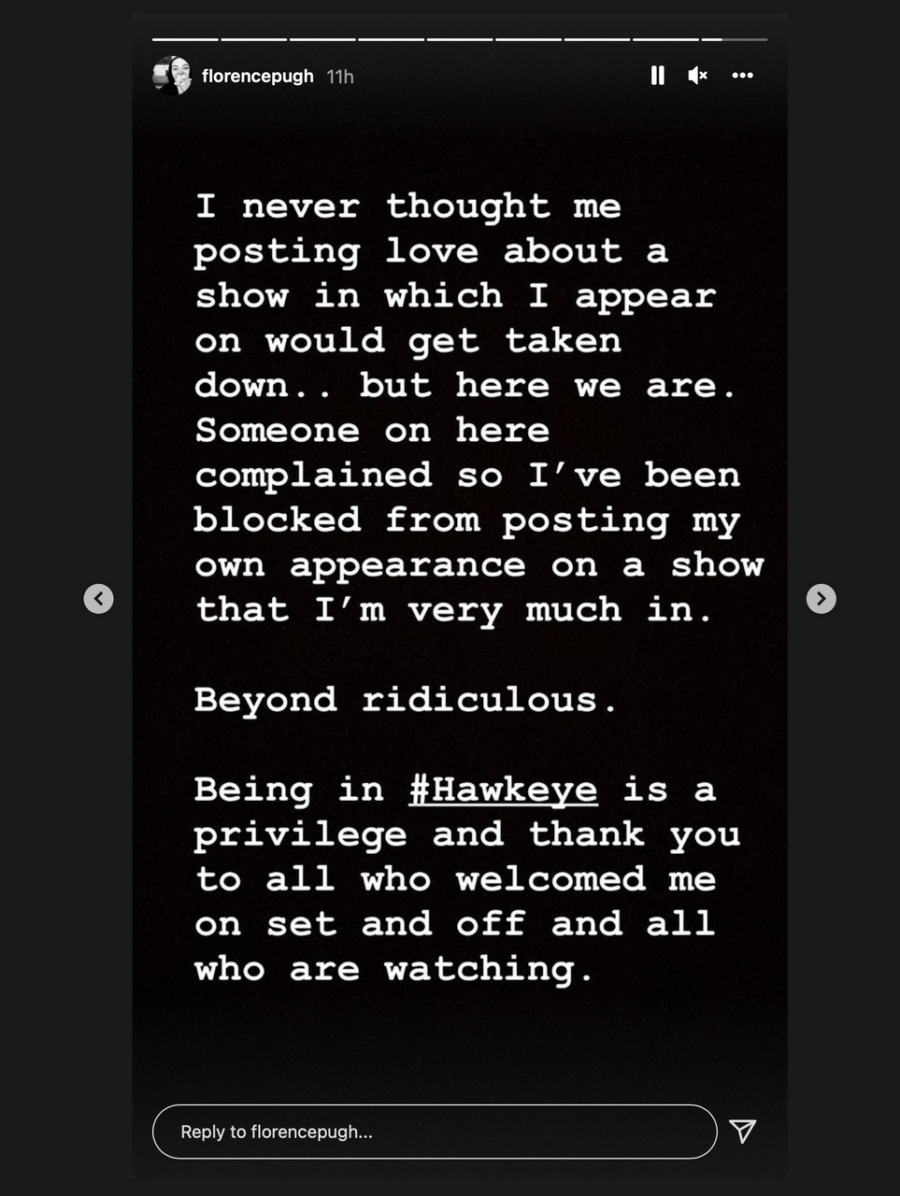 The actress began her message by expressing that she never believed that she would be censored for sharing a little love towards a project in which she is a participant. Her return on the series was characterized by a different outfit change than the one we saw in the movie in which she debuted. In fact her new black suit and green-lit glasses are more attached to her counterpart in the comics.

In the original publication there were photographs in which you could see exactly all the clothing described, accompanied by a phrase from Pugh that said: “It’s here.” However, at the time of writing this publication, this publication is still conspicuous by its absence. Many may now believe that Disney has a kind of agreement with Instagram to get rid of spoilers.

And it is that without a doubt one of the issues that have most characterized the Marvel cinematographic universe, is the army commanded by Kevin Feige deployed through contracts with actors, social networks and more, who seek to avoid the revelation of surprises .

Hawkeye still has a couple of episodes up her sleeve, so Florence Pugh‘s involvement in it still has a lot more to offer. In the meantime you can read the review of the most recent episode by clicking here .