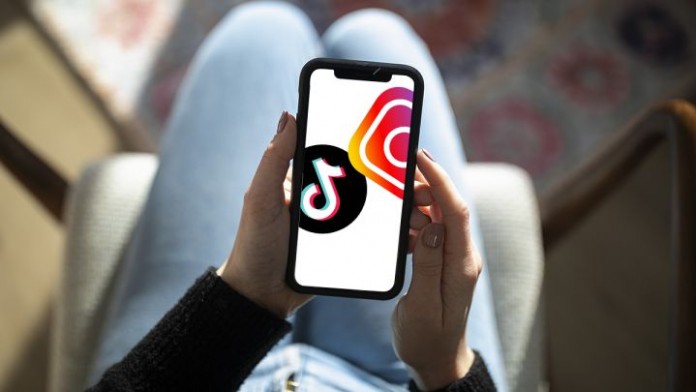 Instagram: It is very common to find cases of applications that have their profile on other social networks. This can help a lot to all users looking for information on the latest news, since the companies themselves use them as another means of communication and help them to have a greater presence on the Internet. And it seems that in Meta they have found a new channel in a recent app since Instagram has become TikTok.

During the pandemic, many saw how their lives changed and the new habits they acquired. In fact, there was even a kind of ‘bingo’ in which users crossed out all those activities they were doing beyond the applause of the eight or the biscuits they had learned to make.

One of the boxes had to do with becoming TikTok, the social network that has grown the most in recent years and in which many have found a source of income. Such has been its presence on the Internet and on smartphones around the world that the rest of the applications have not hesitated to copy its format as much as possible, as we have seen in the Instagram Reels.

But the most curious thing is that it is now that Meta’s photographic social network has made its own TikTok account. And no, it is not that the Menlo Park company has surrendered to the supremacy of China. Specifically, the firm has presented its own TikTok aimed at content creators. We leave you one of their TikTok so you can see the content that is uploaded.

The enemy at home?

It is curious that Instagram has made an account on TikTok, but it is even more so because of the theme it presents. As we were saying, it is aimed at all Internet content creators to whom it shows the benefits of its application, even monetizing their own content within the app!

This may lead one to think that more than an information channel, Meta has decided to opt for its most creative account to ‘invite’ all those who use the Chinese app to also do so in the Meta app. We will see over time if the service is capable of supporting short videos within the application and the type of videos that it will upload with a certain frequency.