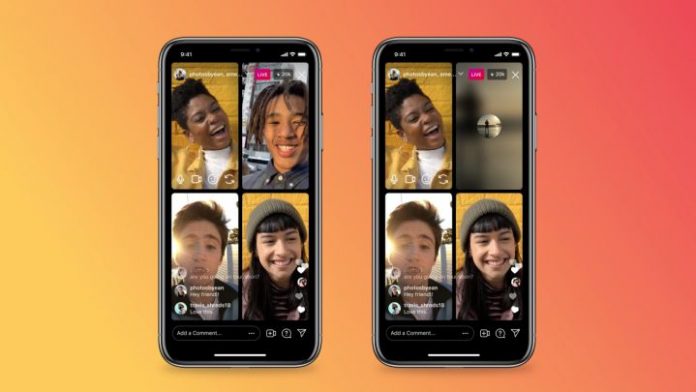 Instagram: Video calls have become very frequent in the past year because of COVID-19. However, this is not the only way to communicate or see the world. There are applications that even show the world in a live video such as Instagram, which will soon release a function to mute you or remove the video so that you are not seen on the broadcast.

Instagram is one of the favorite applications for the youngest users, who know how to make the most of its potential. With the recent integration of Reels, it has become an app worthy of rivaling TikTok, although there is still a long way to go in terms of filters. However, the Chinese app has a lot to envy Facebook with its multi-user live video feature.

This is where we find the new signature feature that consists of silencing or even canceling your video. Instagram released its live feature where up to four people can enter, but it is now when it gives users more options to participate more or less actively in the room. In the way we showed you before, you have two options: The first is to eliminate the audio, preventing the microphone of your terminal from capturing and sending your voice. The second one simply blurs the background and puts your profile image, so no one will see what you are doing and it is much better than putting the camera focused on the ceiling for a while.

A function for the users themselves

This new feature of Instagram that is intended for the users themselves. That is, turning off the video and silencing you live on Instagram is a feature that only the users themselves can decide. In this way, even if you are the host of the room, you will not be able to decide if you do not want someone to be seen or heard, although Menlo Park are working on providing these characteristics in the future according to TechCrunch. It will be a matter of time before these improvements arrive or, better said, that their coverage is extended to give more control tools to the hosts.

Xbox Series X / S Are Already The First Consoles To...