Home Celebrity The inspiring story of IU, the princess of K-pop 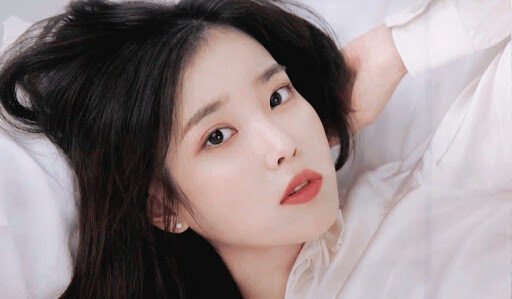 Find out all the facts about the history that IU lived before reaching fame.

IU is one of the Korean singers who has currently consolidated her success, reaching worldwide fame but also surprising with each comeback , since her skills, charisma and musical proposals always manage to steal the attention of the public.

But the nation’s girlfriend did not always have that fortune, before achieving success she had to overcome great challenges and prove to the world that she was born to be a star , showing her strength and persistence in scenarios that seemed to continually close the doors on her.

Lee Ji Eun was born on May 16, 1993 in Seoul, but from an early age she and her brother had to move to her grandmother’s house in Gyeonggi province, where she also shared a room with two of her cousins, with whom she grew up and now considers them like her sisters.

The reason for this move was the difficult financial situation that her family faced after her father’s business project failed, therefore, her family members had to disperse while things improved and she was away from her parents for several years.

Since she was little she was interested in being part of the entertainment world and it was her father who brought her to the world of music and singing, since together they used to visit karaoke rooms where they played old songs.

Despite her love for this activity, it was until her time as a student that IU realized that singing was her true passion , since during a sports competition she was able to perform in front of many people and that motivated her to make this activity her vocation.

From that moment Ji Eun made many different auditions agencies seeking to be recruited as a trainee, probably the most famous was JYP Entertainment, but after 20 auditions IU continued to be rejected, as if that were not enough, she was also scammed by entertainment companies that turned out be false.

But she did not give up and was later accepted into LOEN Entertainment. Due to the poor conditions she lived in, it was incredible for IU to be able to spend time in the rehearsal room and eat in her company, and after 10 months she was ready to debut.

Although it was a very short time compared to other idols who train for several years, the IU company had all their trust in this singer, who on September 18, 2008 made her debut in M! Countdown with the song Lost Child.

The song did not become a great success, but with each new release, IU was increasing in popularity and receiving more and more recognition, years later she had her acting debut in the drama Dream High , where she played a shy girl who I dreamed of being a music star.

IU continued to work on her career, until she became the successful singer and songwriter we know today, but in addition, she has served as an actress, voice actress, MC, radio DJ, music producer, pianist and model.

Jungkook could be preparing the premiere of his mixtape