Home Entertainment Inspiration or plagiarism? They find a Call of Duty image reminiscent of... 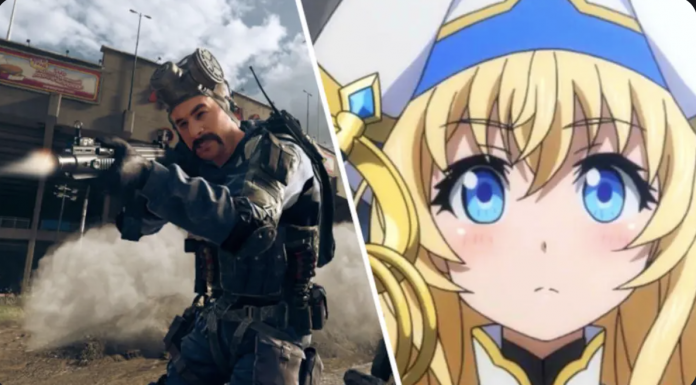 This is the fourth anime-like pack for CoD: Warzone, Notice Me IV. It contains a blueprint for the Rytec AMR, charm, business card and emblem priced at 800 COD Points.

It all started with a Call of Duty: Warzone banner

The problem itself does not have to do with these items, but with a promotional banner on your website. It seems that it has been there since September last year, but it only barely attracted attention.

It is the section of a girl’s face. Especially her blue eyes. Few would have realized it, but that image is quite similar to a sequence from the Goblin Slayer intro animation. It’s where Priestess appears.

It’s roughly at the 0:40 second mark where she appears. This was discovered by a Twitter user @ HUSK3RGAM3R. Some might say that the responsible designer was inspired by said animation frame.

However, the image is so similar that it even seems traced. It seems that he tried to hide it by adding some strokes. But at first glance, this Call of Duty design is almost the same. 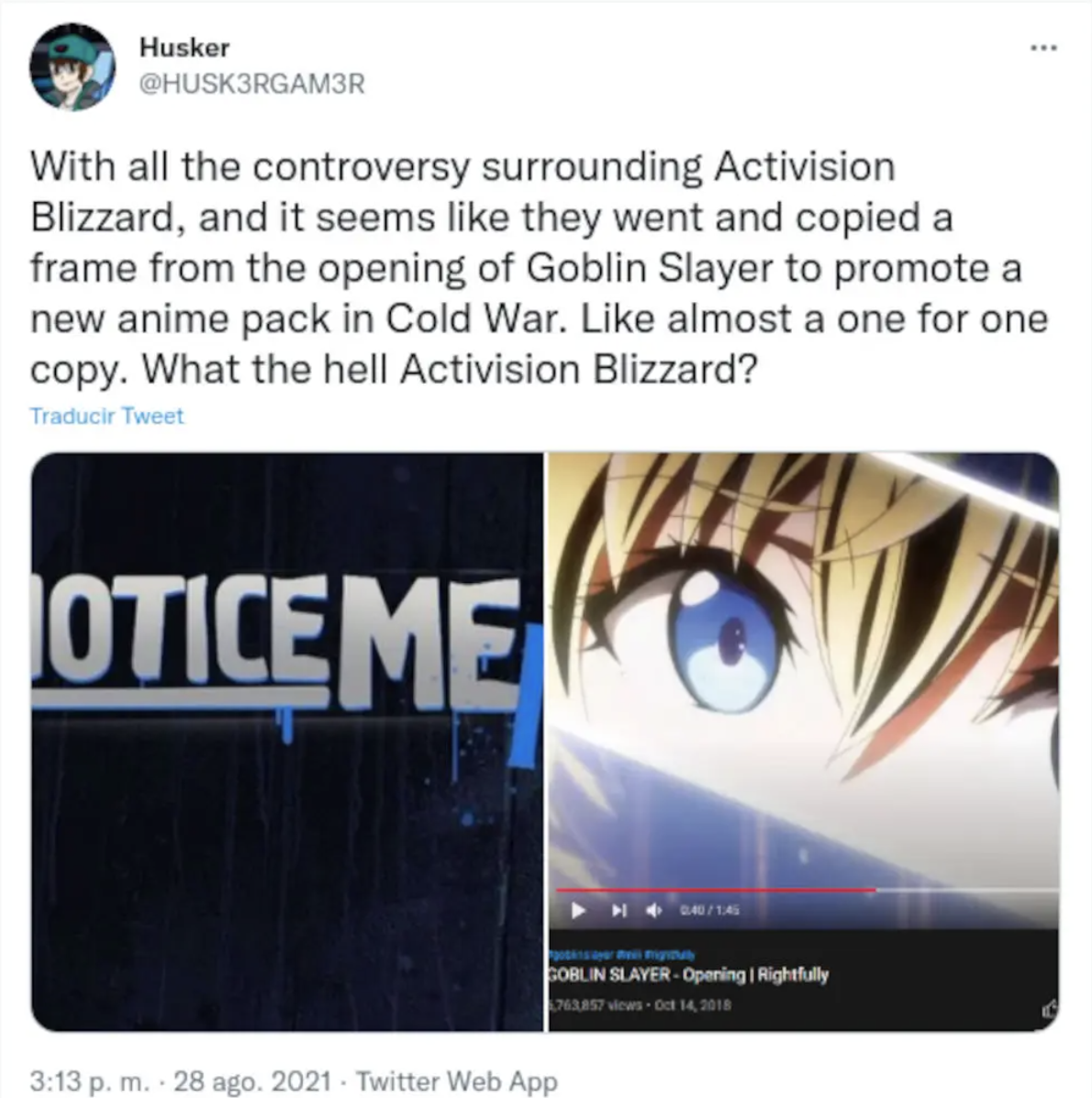 The banner image was inspired by Goblin Slayer

Maybe Activision should draw the attention of the illustrator in charge. This case came to light because Goblin Slayer is a very well known and popular series.

At the time of writing this note, the company has not issued any response. Luckily the design was not applied as an appearance in the Call of Duty: Warzone bundle.

Although companies exercise control over the fonts designers use, there are things that are elusive and this could well be the case. Regarding Goblin Slayer, the anime already has a second season confirmed.

It was earlier this year that the project was announced, but when it will be available was not revealed. It’s likely a 2022 release, so there could be news on it at any time.