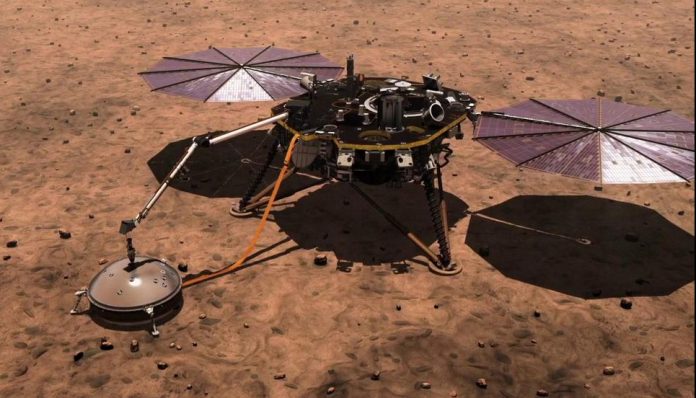 The InSight observation vehicle, which was commissioned in 2018 to investigate the interior details of the Martian soils and the planet’s core, did not reach the desired target and became unusable after 500 trials as a result of soil accumulation on it.

NASA sent the observation vehicle called InSight to space in 2018, and after 6 months, the vehicle successfully landed on Mars. The purpose of InSight was to measure the temperature of the red planet and study the soil details. NASA aimed to drill holes 5 meters deep into the planet with InSight’s drilling efforts.

Despite hundreds of attempts, InSight was unable to dig a hole at the desired depth and collect sufficient data. After 500 failed attempts, NASA announced that InSight gave up and became unusable due to clumping dirt.

The aim was to probe the depths of the planet to find traces of life.

The InSight project was designed to help scientists identify water ice that could be linked to microscopic life and could produce fuel and food. Designed by the German Aerospace Center, this observation station was placed on Mars by NASA to provide information about the interior details of the Martian soil.

After InSight landed on the red planet, it began to obtain detailed data about Mars’ seismology. The data showed that the temperature in the lower regions of Mars was 13 degrees. InSight, which could not reach the depths of Mars in drilling, became unusable due to the strange soil structure of the planet with the last attempt on January 9, 2020.

Although the project failed, InSight will continue to operate on Mars to obtain data on seismology. The Perseverance spacecraft will land on the planet to accompany InSight in February, thus laying the foundations of space’s first meteorological network.

Tilman Spohn, one of the biggest names at the beginning of the project, spoke as follows; “We did everything we could, but Mars and our hero mole InSight just didn’t match.” At the same time, the following statements were made in the post on NASA InSight’s official Twitter account; “For my team, this was an extremely difficult decision to take. We have done everything we can to solve this problem for a year and a half. We decided to carry our experiences to the next projects. “

Bitcoin is becoming more reliable with its new update