Home Celebrity Inside Story: Kanye West’s $3.3 Million Proposal to Kim Kardashian and a... 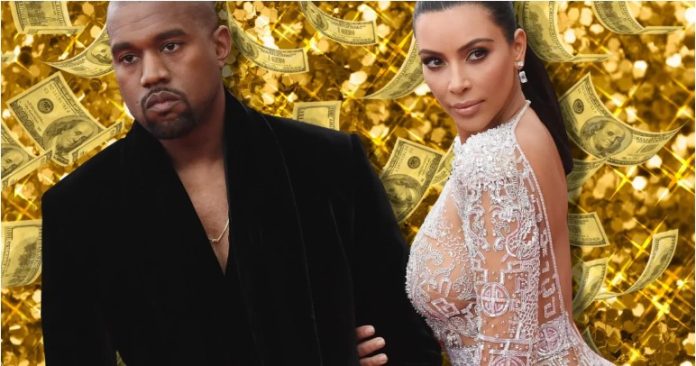 From a lavish multi-piece event, including an orchestra, fireworks and a giant-sized diamond ring, to one of the showbiz breakups of the decade, KimYe has certainly enjoyed all the media attention for their 6-year marriage. It was a beautiful night in October 2013, when Kanye West proposed to Kim Kardashian, sparing no expense, and it was in the cold February of 2021 that the owner of SKIMS filed for divorce from Ye due to “irreconcilable” differences.

After the unacceptable behavior of E and posts on social networks, where he attacked his then wife in every possible way, the TV star filed a complaint for a speedy divorce. It is reported that earlier the owner of Donda tried to slow him down. However, now that they have officially canceled their long-standing romance, it’s time to explore the grand budget of a luxurious proposal and an equally rich divorce. Here’s an inside look at what’s at stake in the infamous KimYe trial:

How long did it take Kanye West to propose and divorce Kim Kardashian?

A stunning Lorraine Schwartz diamond ring weighing 15 carats shone on Kardashian’s hand as Ye got down on one knee to ask for her hand while the orchestra played his song and PLEASE MARRY ME! appeared on the AT&T park screen. While the estimated cost of the ring was in the range of $2.5 to $3 million, everything else in total increased by $0.3 million, just to hear the magic three-letter word from his 18-month-old girlfriend.

Fast forward to the present, as one of the richest couples divorced after 7 years of marriage and four children together, a lot is at stake. It is noteworthy that, according to reports, the amount of $ 2.1 billion was lost during their divorce. Although most of it is owned separately by the owner of the Yeezy brand and the host of Keeping Up With The Kardashians, the parents of four children still share $70 million with each other.

If we analyze this further, Ye has an estimated net worth of $1.26 billion, and he is the wealthier of the two. However, his money is fickle and linked to his Yeezy clothing brand. If we look at Kardashian’s assets, she owns a total of $750 million; the money she owns is less than her husband’s money, but less dependent on the brand she owns. Her KKW is up to $500 million, and her other investments are $25 million.

Nevertheless, the famous couple still has an amount of $ 70 million. According to reports, they jointly own several homes and mortgages, $3.2 million worth of jewelry, $5 million worth of art investments, nearly $4 million worth of vehicles, and even $300,000 worth of livestock. These two certainly won’t leave without a significant amount of these assets.

What do you think about Kanye West and Kim Kardashian’s investments? Let us know in the comments below.