Home News Insects to be ‘Food of the Future’: Insect Consumption Announced Could Solve... 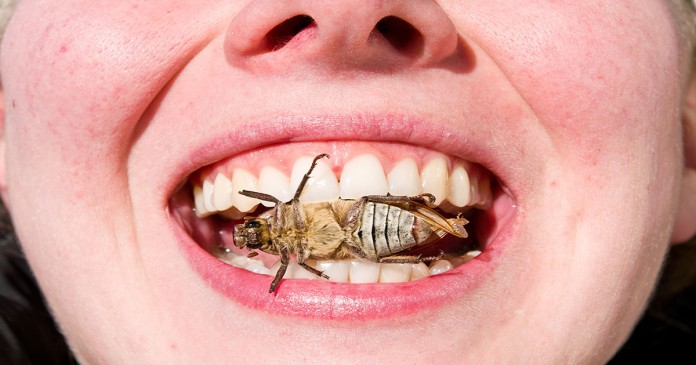 We know, insects are not a very heartwarming topic for most of us. However, according to a new study, it may be possible for these living things, which have many benefits to the world, to be the ‘food of the future‘.

Although it is not common in many countries, including our country, and it is something that many people swear by saying “I will never do”, it is quite normal to consume insects as food, especially in Asian and African countries. Moreover, it is known that insects, which are a complete protein nest, have many health benefits.

Researchers think it’s quite possible for insects to be the ‘food of the future’. According to a new research paper published in the scientific journal Trends in Plant Science, scientists suggest that switching to a diet that includes insects will also have a positive effect on the crops we grow, such as the fruit and vegetables.

Consuming insects can have a huge impact on sustainable agriculture

An excellent source of protein, insects use far fewer resources to produce food compared to conventional farming. For example; if you feed about 2 kilograms of feed to the mealworm farm, you will get one kilogram of edible protein; but for beef you need 10 times more space and in addition to that the greenhouse gas produced is 18 times more.

The authors examine the use of waste products from the production of insects for human food and animal feed, and the benefits that these wastes can have on growing sustainable crops. Accordingly, insect farm byproducts are thought to provide crop farmers with an organic soil additive that promotes plant growth and influences the soil microbiome in a way that supports plant health.

The authors of the article on the subject write, “From the production of a new animal protein source, namely the yellow mealworm (Tenebrio molitor), small mealworm (Alphitobius diaperinus), house cricket (Acheta domesticus), black soldier fly (Hermetia illucens) or housefly for food and forage. A new organic soil amendment is emerging from the production of insects such as (Musca domestica).”

The use of insects for food and bait typically results in two by-products: insect excrement and the exuviae left over from insect molting. It seems highly likely that these two by-products are extremely robust potential alternatives to conventional fertilizers and pesticides. “An important component of the exoskeleton is chitin, a high molecular weight amino-sugar polysaccharide that is also found in fungal cell walls and the exoskeleton of many crustaceans. Soil amendments containing chitin have been shown to promote plant growth,” the authors write.

“However, there are a number of bacteria that can metabolize chitin, and these microbes help plants become more resistant to diseases and pests,” said Marcel Dicke, a plant biologist at Wageningen University in the Netherlands, who is one of the authors of the study. “When exuciae is added to the soil, populations of these beneficial bacteria increases.” states as.

In addition, adding insect excrement to soil may stimulate plant growth, as insect excrement is rich in nitrogen (nitrogen), a nutrient essential for plant growth but scarce in most soils. “Similarly, the addition of insects to the soil has been shown to provide plants with nitrogen and other nutrients, which increases their biomass and nutrient content,” noted the researchers. “It can be an important factor in promoting growth and health,” he adds.