Home Entertainment Injustice: Gods Among Us Will Have An Animated Film; First Details 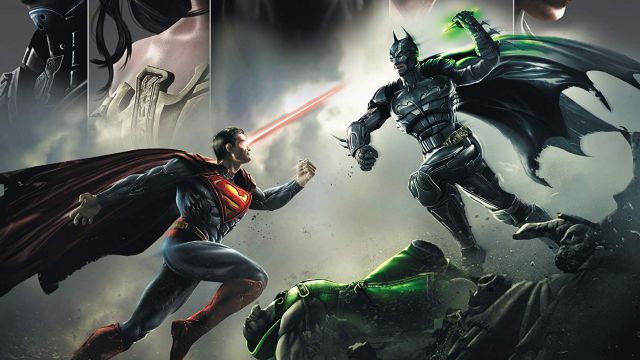 Injustice: Gods Among Us, Warner Bros. Home Entertainment Confirms Video Game Adaptation to the Big Screen; It currently has no title and no release date.The popular video game Injustice: Gods Among Us will be adapted to the world of cinema with an animated film. Warner Bros. Home Entertainment has confirmed this Wednesday its plans to move the title to a cinematic environment, an agreement in collaboration with DC Comics that will approach the tenth anniversary of the video game (2013) next year 2023.

Information is scarce at the moment. They have not specified that the film will be released exactly in that year; Nor if the company’s plans are to adapt NetherRealm Studios’ work while maintaining its story or if it will be a totally new and independent story. We will have a new preview of this Injustice movie as soon as Batman: The Long Halloween, Part Two is released, which will arrive this year in Blu-ray format.

This April, the film adaptation of Mortal Kombat (2021) was released in theaters; You can see here the first 7 minutes of the film totally free.

Injustice: Gods Among Us and Injustice 2, a consolidated fighting saga

NetherRealm Studios has established itself as one of the studios that has best consolidated its works in the fighting genre during the past generation of consoles. Since Injustice: Gods Among Us in 2013, the company has chained successes such as Mortal Kombat X (2015), Injustice 2 (2017) and Mortal Kombat 11 (2019), productions with great acceptance in the western market and, more specifically, in the United States. .

The works of the company founded more than ten years ago by Ed Boon belongs to the proprietary label of Warner Bros. Interactive Entertainment, whose future plans are now pending to be determined after the merger of AT&T (owner of WarnerMedia) and Discovery. For now, it is confirmed that the 10 Warner Bros. Games studios will be divided between AT&T and the company resulting from the merger. We talk about Rocksteady, NetherRealm, TT Games, WB Games Montreal, Monolith, Avalanche …

In this article we review everything NetherRealm has given itself over the last few years in a generation to remember.

Comparison of the Sephiroth Final Fantasy 7 Remake with its Kingdom...