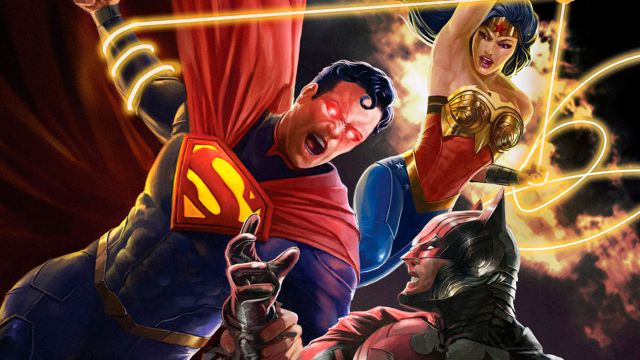 Injustice: Warner Bros. Animation announces the release date of its new animated film based on the DC universe, this time focused on the fighting video game. Injustice’s animated film already has a release date; This has been announced by Warner Bros. Animation, confirming that the new animation format adaptation of NetherRealm Studios’ popular fighting video game will arrive in both digital and physical format (Blu-ray and 4K Ultra HD Blu-ray) on October 19. from 2021. It is a new feature film based on the universe of fighting video games of the same name, although the film will focus on the story immediately prior to the plot of the first installment, with an Earth ruled by a crazed Superman.

Injustice in animated format in October

So much so, that the animated film of Injustice will introduce us to the origins of this apocalyptic universe in which Superman rules with an iron fist over humanity, including the rest of the superheroes. The film will focus on Injustice: Gods Among Us – Year One, where the Joker finally achieves his goal of tricking Superman into killing Lois Lane and her unborn child; When Superman realizes the deception, he kills Joker for the damage done.

After these events, Superman begins to be haughty and dictatorial, recruiting the Justice League to subdue the world under his vision. It will not take long for Batman to disagree on how Superman rules the world, so he will hatch a strategy to try to stop a Man of Steel who is beginning to lose his mind.

Eidos: “Guardians Of The Galaxy Humor Is Based On Characters Who...