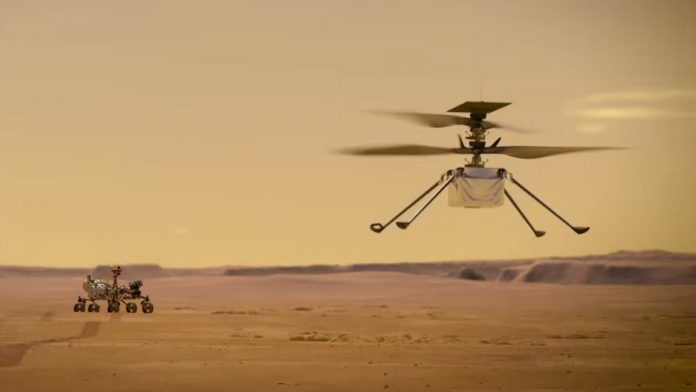 Ingenuity, the eponymous Mars helicopter, has made its seventh flight over the red planet. In the post made on the NASA JPL Twitter account, it was stated that Ingenuity stayed in the air for 62.8 seconds and went about 106 meters south of the take-off point.

During the Ingenuity flight, he also took a black-and-white navigation photo, which you can see at the top. While the JPL team stated that there was no wear on the systems of the helicopter, upon a question, it was emphasized that with each flight, a little more up-to-date information was obtained on the thermal properties of the helicopter. Noting that the flight times have increased regularly, the team also announced that there were no serious problems in the flights.

Although Ingenuity encountered a problem during its sixth flight, it managed to land safely. After flying about 150 meters, the helicopter started to move back and forth at the end of the journey, yet it landed on the ground without any problems.

NASA announced that the problem experienced by the Ingenuity Mars helicopter was caused by the loss of a frame of the navigation camera. Getting the timestamp of this missing frame wrong broke the algorithms, causing the helicopter to behave strangely.

How to exit Windows safe mode