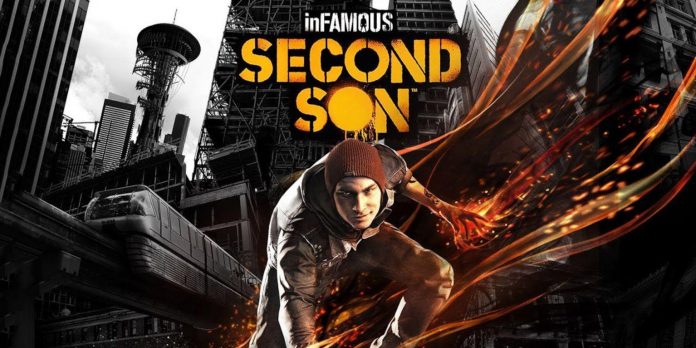 The Infamous series has been a tent series for Sucker Punch Studios since the first game was released on PlayStation 3 in 2009. When the PlayStation 4 was getting ready to launch, Infamous: Second Son was used to attract new players to the latest generation of Sony.

Released in 2014, just a few months before the release of the PS4 itself, Infamous: Second Son introduced Delsin Rowe, but due to the seven-year break between games, players could only guess what happened before the events of the new game. To that end, Cole’s Legacy DLC has been designed to fill in the gaps. At launch, it was reserved as a pre-order bonus for a collector’s edition, and a few months later it was sold in certain territories.

Eight years after its release, Sucker Punch announced on social media that Cole’s Legacy add-on will now be free for almost all players. Those who purchased Infamous: Second Son or collected the game as part of the PlayStation Plus collection can request additional content through the PlayStation Store. For those who live in the area where the financial transaction is to be carried out, a small fee may be charged, but Sucker Punch has assured players that it will be nominal.

The DLC package contains missions related to events that occurred during the break between Infamous 2 and Second Son. Fan favorite Zeke Dunbar, who was noticeably absent throughout the main game, appears in a cameo role, and after the story ends, some of Cole’s valuables will be unlocked in the main game.

In the same thread, Sucker Punch also confirmed that players will soon be able to get a D.U.P. outfit for Fetch in the 2014 sequel: Infamous: First Light, again at no extra cost. The team has also moved Infamous 2 user content to a new server to keep the online multiplayer game running for a while longer. Since First Light, the franchise has remained largely dormant as Sucker Punch turned its attention to its ambitious Ghost of Tsushima. As development comes to an end, the team is working on a brand new project that points to the continuation of Ghost of Tsushima.

Sucker Punch went so far as to say that Sly Cooper and Infamous won’t be coming back yet. However, these announcements will certainly be welcome news for fans who missed the DLC for the first time and need an excuse to get back to the franchise. This is also good news for those players who discover Infamous through the PlayStation Plus collection.

Infamous: Second Son has already been released for PlayStation 4 and is part of the PlayStation Plus collection.

Coming Home in the Real World: Everything Julie told Beth in...