Home Entertainment Industry, The Mysterious Shooter Set In The Cold War, Already Has A... 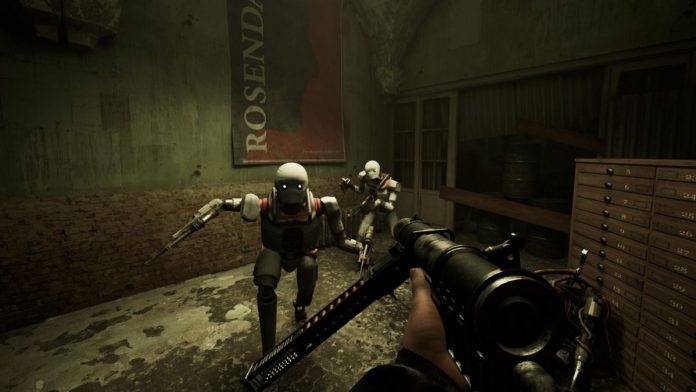 Industry, between the Cold War and steampunk

Bleakmill’s proposal places history on the brink of the end of the Cold War. Nora, a young woman who experiences the fall of the Berlin Wall firsthand, looks for her work colleague, who disappeared in unknown circumstances. This search will lead her to immerse herself in a parallel steampunk universe “full of mystery and surrealism”.

The editor, Headup, alludes to David Lynch when it comes to pointing out artistic influences. In practice we are talking about a short first-person shooter, lasting about four hours. We can defend ourselves from the enemy hordes through four weapons, among which are a shotgun and a pistol.

“Berlin, November 9, 1989. The streets are full of people. Thousands of cars cross Germany’s internal border after four decades of division. The wall is open and the government still does not know what is happening ”, they reveal in their official description. “At the same time, a man disappears at a research facility near East Berlin. It’s his colleague Walter his, his message came too late. He drives back to the office where state security is already destroying evidence from the research project. Walter’s search takes him to the center of the installation, to the heart of the universe, where time stands still ”.

So far its price has not transcended; yes its minimum requirements. Industry requires at least 6GB of memory on your computer, plus a GTX 1060 or Radeon RX 580 GPU. It works on Windows 7, Windows 8.1 and Windows 10 64-bit operating systems with the latest Service Pack installed.

Tales of Arise Gets Console Demo Next Week