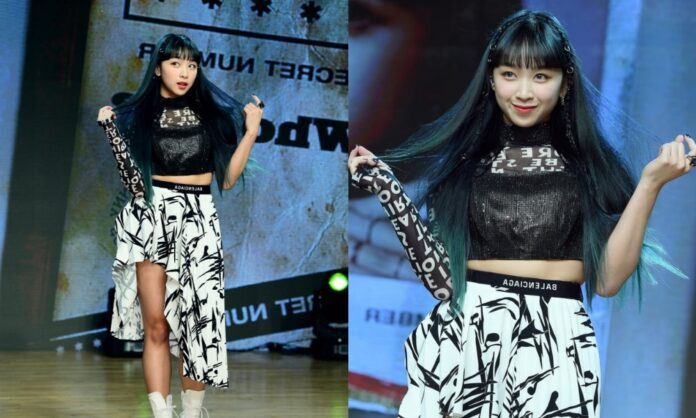 SECRET NUMBER’s Dita came under the spotlight of the South Korean media after becoming a member of the first K-Pop girl group from Indonesia. As fans know, girl group SECRET NUMBER will make their debut on Tuesday .

Before the debut, SECRET NUMBER first greeted the media crew through the debut showcase that was held a few hours before.

One of SECRET NUMBER members, Dita who plays the main dancer in the group then became the focus of Korean media.

That was because she was a member of the first K-Pop girl group from Indonesia. THE STAR media even praised Dita because she can speak Korean very well.

When asked what she felt about being a member of the first K-Pop girl group from Indonesia, Dita said she was happy because she got a lot of support from Indonesian fans through social media and promised not to disappoint them.

Dita also claimed to start wanting to become a K-Pop idol after often making cover dancers for the song 2NE1 when she was still in middle school. While studying in New York, Dita joined the dance academy and successfully passed the K-Pop audition.

You can see the full interview through the following SECRET NUMBER debut showcase video coverage!