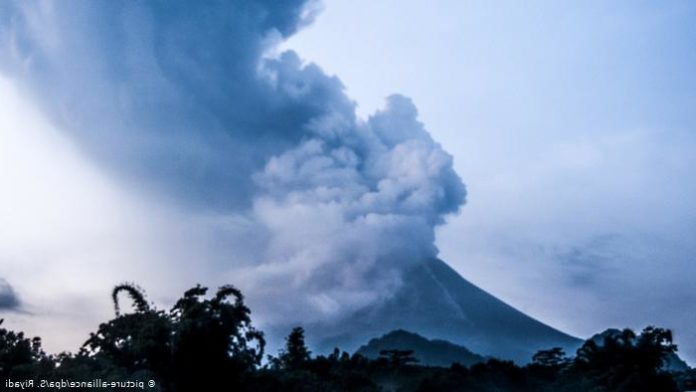 Merapi Volkainik Mountain, located on the border of the city of Yogyakarta, Indonesia, which contains more than 17 thousand candidates in total, had a big explosion on Friday. After the volcano erupted, the mega ash cloud rose to the sky.

The high temperature access rocks found in the inner layers of our world give its name to the structure in the fluid form we call magma. Magma, which has a temperature of about 2 thousand degrees Celsius, reaches the ground surface when it is stuck, creating an explosion effect.

Merapi Volcanic Mountain, which is among the most active among the magma outlets we call volcano or volcanic mountain, exploded disastrously on Friday, March 28.

Ashes reached a height of 5 kilometers.

#EXCLUSIVE : In #Indonesia, the volcano Merapi threw a 5-kilometer column of ash. pic.twitter.com/ML9FVY3ZOo

The ash cloud that rose to the sky after the eruption of the Merapi volcano reached a height of about 4.876 meters from the ground. According to the authority’s statement, while no damage has been experienced, calls are made to ensure that residents do not panic.

Merap Mountain, which is very close to the historical city of Yogyakarta, once again had a big explosion in the first days of the month we were in. This explosion, which created ash clouds over 6 kilometers high, caused the nearby city of Solo to be covered with ashes and stop all flights of an airport.

Indonesia, which has more than 120 active volcanoes in its 17 thousand islands, has sprinkled water on the 28th of March, after the explosion on Mount Merapi, where no casualties were experienced.

Emulator of Windows 10X to be Used in Dual Screen Devices...

Bitcoin Price Could Be 720 Thousand Dollars